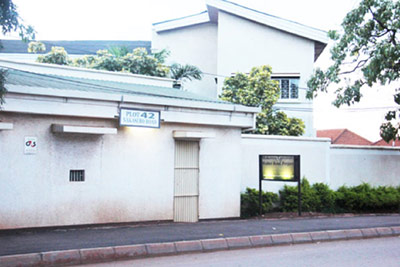 The US government has dismissed claims that an American-funded HIV clinic raided by Ugandan police was “recruiting” gay people.

The Makerere University Walter Reed Project (MUWRP), a health clinic and medical research facility in Kampala that provides LGBTI-friendly services, was raided by the authorities on 3 April.

Initially, police denied that they had conducted the raid, telling AP that a man pretending to represent the police had threatened workers at the site and that they were now looking for him.

In a subsequent press statement, the Ugandan police confirmed that they had indeed swooped on the clinic.

Police spokesperson Fred Enanga said that the raid was to confirm reports that the centre “was carrying out recruitment and training of young males in unnatural sexual acts.”

He stated that two undercover officers infiltrated the clinic and registered for the “training,” which, he said, “targeted youth between the ages of 18 and 25.”

Enanga said that “the trainees were shown videos of men engaging in homosexual activity, and they were encouraged to bring along their sexual partners.

“The trainees were further given literature describing safe sexual practice between males, as well as condoms and lubricant. They were each paid between UGX. 10,000 to UGX. 100,000, as transport refund, at the end of each training session.”

Enanga went on to claim that “on 4th of April, 2014, crime intelligence officers observed a large number of participants being shown a same-sex pornographic film.

“On learning of the presence of the Police, the participants fled. One of the facilitators accompanied the officers to Jinja Road Police Station to assist in investigation, and was later released,” he said.

In a statement to Science Speaks, the US State Department insisted that the Ugandan police had “made spurious allegations about the activities of MUWRP employees, including patently false assertions about events occurring on April 4.”

The department stated that it believes that the authorities raided the clinic “due to its connection with the US Government based on the principled stance we have taken in support of LGBT persons in Uganda and around the world.”

Daniel Travis, the Public Affairs Officer at the US Embassy in Kampala, also rejected the police claims and told the Daily Monitor that the raid threatened US funded healthcare programmes in the country.

“The assertions about events occurring on April 4 are patently false since MUWRP was closed that day and has since remained closed,” he said.

“Without clear, detailed and authoritative guidance from the government about how critical health programmes such as MUWRP can continue to serve all Ugandans, its future, as well as the future of many of our other health programmes, is in jeopardy,” Travis added.

Tapping into anti-colonial sentiment, the myth that Africans are being “recruited” into “un-African”homosexuality by Western sponsored groups has been widely used to justify the growing crackdown against LGBTI people in Uganda and in other African countries.