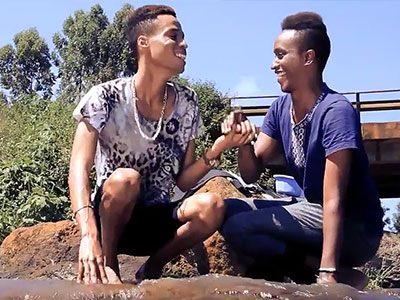 A scene from Same Love

Google has patently ignored the Kenyan authorities’ demand that it remove a music video celebrating same-sex love from YouTube.

Last month, the Kenya Film Classification Board (KFCB) banned the video, a reworking by Art Attack of the Macklemore and Ryan Lewis’ song Same Love, which features new lyrics and a video boldly depicting the lives of LGBT people in Kenya.

The KFCB not only outlawed the video and threatened anyone distributing it but also gave Google one week to take it down from YouTube.

The Chief Executive of KFCB, Ezekiel Mutua, confirmed that he had written to Google Kenya, complaining that Same Love “promotes” homosexuality and contains nudity and pornography, which it clearly does not.

“Kenya must not allow people to become the Sodom and Gomorrah through psychological drive from such content. We have written to Google to remove the video from their platforms. We expect they will do it within one week from now to avoid further violation of the law,” he said.

Almost three weeks since the ban, and more than a week after the KFCB’s deadline the video remains online and has racked up tens of thousands of views. 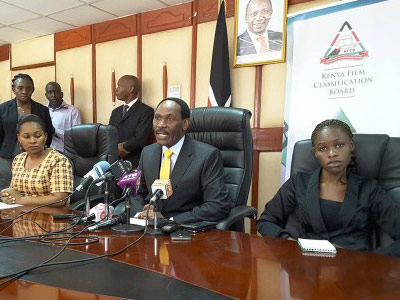 Google told Business Daily: “We review government removal requests when notified through the correct legal processes and in keeping with our company philosophy on transparency and freedom of expression, we disclose these requests in our transparency report.”

A frustrated Mutua has promised to follow up with Google on the matter. “It is important that Google makes a step on this,” he insisted.

Art Attack, which created the video, noted the irony that “the old guys at the KFCB were actually very instrumental in helping us get our message across.”

The group added that, “Our intention was to provoke a conversation and open people to the realities of gay couples and we are glad that it actually worked and is still working as we speak.”