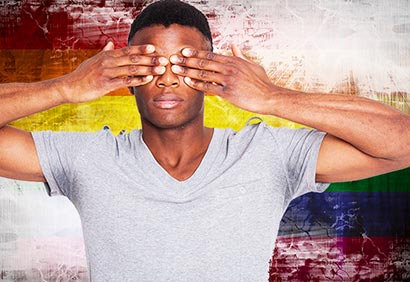 South Africa’s Film and Publications Board (FPB) has told Mambaonline that it will not condemn its Kenyan counterpart’s persecution of LGBT people.

Earlier this month, we reported that the FPB had signed an agreement with the homophobic Kenya Film Classification Board (KFCB) to collaborate in censoring content, specifically online material.

The KFCB has a history of targeting LGBT people and recently banned a music video calling for LGBT equality, titled Same Love. The board also previously banned an LGBT-themed Kenyan film that’s been screened around the world to much acclaim.

The Chief Executive Officer of KFCB, Ezekiel Mutua, has personally lashed out at the LGBT community, warning that “Kenya must not allow people to become the Sodom and Gomorrah through psychological drive from such content”.

Mambaonline asked the FPB why it was cooperating with an entity that is guilty of human rights violations and uses its power to support the state’s abuse of LGBT Kenyans.

Despite recent international and local media coverage of the banning of Same Love, the FPB responded that it was “not aware” of its Kenyan partner’s activities.

Shockingly, Janine Raftopoulos, FPB Communications Manager, then told us that even though it now knows of the KFCB’s attacks against the LGBT community, it would still “neither condemn nor condone their actions…”

Raftopoulos was also unable to clearly explain the FPB’s constitutional obligations when it comes to partnering with other entities.

Ironically, when Themba Wakashe, the CEO of the FPB, was appointed in 2014 he stated: “We are not a censorship institution and we will never be. We live in a democratic state and we protect human rights.”

Kenyan LGBT activist Denis Nzioka told Mambaonline: “We should be wary of such an agreement as it’s problematic for the LGBT community [in Kenya], as well as society in general.”

He expressed concerns that the FPB would be providing its Kenyan counterpart skills and resources that would ultimately support the Kenyan government’s criminalisation of homosexuality.

It could, Nzioka said, also assist in restricting freedom of speech and expression in the arts, which, he argued, “has been an important means for people to articulate their issues and concerns”.

Nzioka explained that the KFCB is a government parastatal that is not legally authorised to ban material, only to classify it. However, he believes that CEO Ezekiel Mutua has “taken on the role of Kenya’s moral custodian”.

He added that the agreement with the FPB indicates that “they are now trying to get teeth and clout to make them more of a watchdog”.

Micah Reddy, Organiser for Media Freedom and Diversity at South Africa’s Right2Know Campaign, said he wasn’t surprised that the FPB was getting in bed with known homophobes. 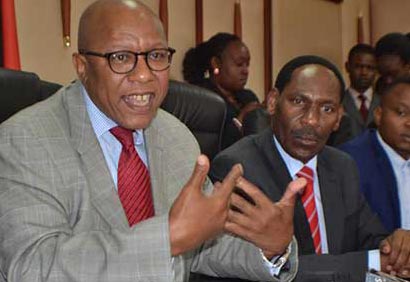 He pointed out that the board has had a close relationship with Pastor Errol Naidoo, head of the Family Policy Institute, and a long-time vocal campaigner against the LGBT community.

“[The agreement] is clearly in keeping with the FPB’s very conservative take on things,” Reddy said. “Kenya has a terrible track record when it comes to gay rights, which are a part of our Constitution. As such, from an ethical point of view it’s clearly problematic.”

Reddy pointed out that the FPB is attempting to extend its powers to policing online content in South Africa, including blogs, personal websites and Facebook pages, through its Draft Online Regulation Policy.

“They are stirring up moral panic around explicit online content and the need to protect children. Considering how conservative our country is and the very appalling things said by our politicians, it’s easy to see how these regulations could be used to clamp down on gay rights.”

Mambaonline asked the FPB for a copy of the agreement it signed with the KFCB. In a move that hardly bolsters confidence in its democratic values and transparency, it refused. “FPB MoU’s are confidential documents between the said parties,” said Raftopoulos.

Homosexuality is outlawed in Kenya with penalties include five to 14 years in prison. Last year, a proposal to extend the penalty to life in prison and even stoning to death was rejected by the country’s parliament.