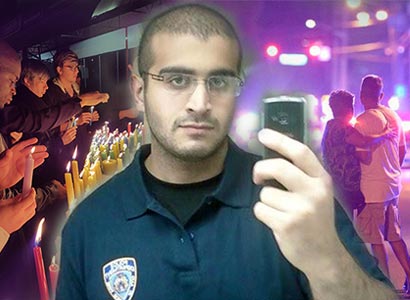 Things were at first sketchy when the news poured in about a hostage situation in a gay venue – Pulse nightclub in Florida, USA. Should I have been worried? I was, yes I was.

I remembered the first time I was beaten up. By two men with a superiority complex about their straight concept of love. They believed I should not be allowed into a venue because I looked ‘skeef’.

As the pain and horror of #PulseNightClub unravelled on the news, 49 dead, more injured, a piece of me broke every time I scanned my Twitter timeline. Eventually I started to cry. Finally, the worst was over; the shooter was identified and tagged as a terrorist, and ISIS came out the closet and admitted responsibility.

And then gay men in Orlando were denied the opportunity to donate blood to help those hurt in the massacre.

It hit home. Us queer folk, as much as we are celebrated, we’re still radical in the eyes of the world we live in. The sight of a same-sex couple kissing or even hugging is still a powerful act, so powerful that it can enrage someone. It can instantly shatter the belief that love can exist in more than just its heterosexual form.

When I kiss someone that I love, I want that feeling to engulf my soul, I want unicorns to appear. But when I sit here thinking of that moment, I realise it’s something I cannot truly experience. Because I’m in love with someone of the same sex. And the world frowns upon my love.

My love for someone that is as honestly felt, as pure as any straight couple’s, is not good enough to be expressed in the confines of my family home or out in public. A gay person is equally a radical – just like Omar Mateen, who shot down my kinsfolk because he was angry at the sight of two men kissing.

We can celebrate our theoretical liberty, of being seen as equal in the law books, we can stand behind our celebrities who wave the LGBT flag high, BUT we are still persecuted. You and I are still being hunted, called names, and beaten up just because of that simple act of affection. You and I are still judged for how we love, how we fuck, live and smile.

You and I – we strike a chord in the common folk and show them love – with unicorns. But you and I are still subjugated. And we perpetuate that every time we remain silent and dishonest with ourselves and those we love.

This is our 9/11. Remember those who have passed on, how their lives inspired you, and crafted you and our community. Make changes and share a happy moment. Donate blood today – some human needs it somewhere. And remember that our pulse cannot be stopped – no matter how many of us they shoot. Those 49 lives matter even though they are dead. But you’re alive; stand up, stay proud and unleash those unicorns.