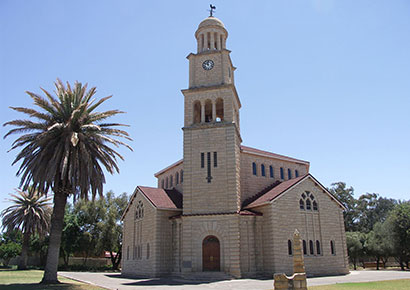 Eleven members of the Dutch Reformed Church (DRC), also known as the NG Kerk, are taking legal action to set aside the shocking decision by the church to reverse its acceptance of same-sex unions.

In November 2016, the DRC’s extraordinary general assembly dismayed the LGBTI community when it voted to recall the landmark 2015 decision to allow individual church councils to recognise and bless same-sex relationships, and to drop the prohibition on non-celibate gay clergy.

The general assembly also reconfirmed that marriage is only possible between a man and woman and proclaimed that any sexual relationship outside of this form of marriage “does not meet Christian guidelines”.

The reversal was described at the time as a disappointing and regressive betrayal that kowtowed to the most conservative and homophobic elements of the DRC who were outraged by the progressive 2015 decision.

In the run-up to the extraordinary synod, the eleven members repeatedly, and supported by legal opinions, warned that the church’s handling of the appeals against the 2015 decision were in contravention of its own policies.

According to Rev Laurie Gaum, one of the applicants, the actions of the extraordinary assembly are also unconstitutional because they “discriminate against the human dignity of LGBTI people”. This is one of the grounds for the motion to set aside the decision.

“Through our court action and in public interest we want to assist the church to attain legal clarity and in the process get rid of a history of discrimination,” said Gaum. “In this way the Dutch Reformed Church can answer to a meaningful calling in South Africa and on our continent.”

They will be represented by Adv Jeremy Gauntlett SC QC, Frank Pelser and Mirinda Gaum through the law firm Baker & McKenzie.