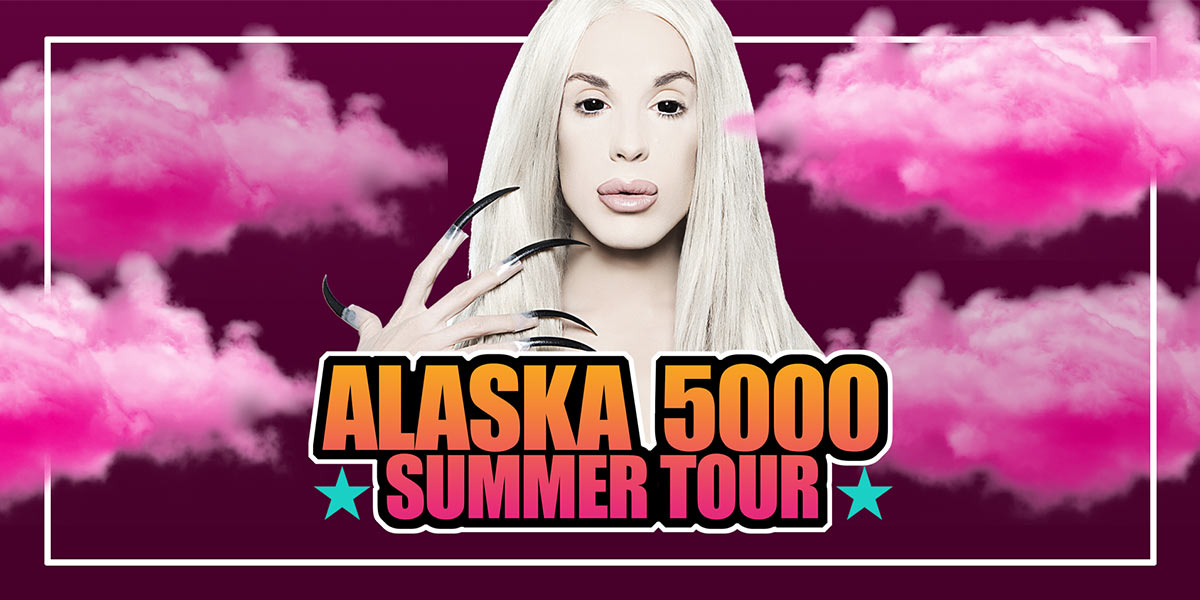 All the way from Planet Glamtron, it’s Alaska 5000! For the first time on the African continent, DragCon South Africa is proud to present the Alaska 5000 Summer Tour.

From Johannesburg to Centurion, and Cape Town, Alaska will be taking the country by storm this December.

Alaska, along with her fabulous local supporting acts, will help boost the local drag scene and encourage more young drag enthusiasts to get involved in the ever-growing industry.

After a debut on the fifth season of the hit TV show, RuPaul’s Drag Race in 2013, Alaska (the stage name of Justin Andrew Honard) became a household name for every drag enthusiast.

Alaska 5000’s presence in and impact on the world of drag shot to new levels when she snatched the crown on the critically-acclaimed second season of RuPaul’s Drag Race: All Stars in 2016.

Just recently, New York magazine named Alaska one of the top 100 Most Powerful Drag Queens in America in June 2019.

“We started DragCon South Africa initiative to support and grow the already established local drag scene by giving local performers the opportunity to share the stage with international stars in hopes that they too can one day achieve this stardom,” said the organisers in a statement.

“We have a diverse array of queens who we work with. Many are new to drag, and others are drag veterans; bringing together enthusiasm and expertise to create a spectacle not to be missed. In 2020 we will be sponsoring one of our local queens to take a trip to the UK and possibly audition for the newest instalment of RuPaul’s Drag Race UK.”

Alaska 5000 will perform at the following venues this December.