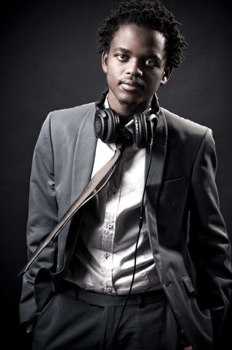 It has also been confirmed that YFM fired Mukwevho as a result of his anti-gay segment last month.

On Wednesday, the BCCSA finally issued its ruling following a complaint by a member of the public about the incident.

According to a transcript of the afternoon broadcast of the MacG Unleashed show, Mukwevho began by stating: “Almost time to check out what’s happening in the world of news, but before we do that, now I thought that I hate gay people, But, hey, this guy is on another level hey…”

While mocking a gay colleague, producer Junior Dikwa, in studio, Mukwevho proceeded to play audio clips of what has been described as the chairman of the National Task Force against Homosexuality in Uganda, Pastor Martin Ssempa, talking about the “evils” of homosexuality.

Amid much laughter, Mukwevho then asked Dikwa: “So do you eat poopoo?” To which an upset Dikwa replied: “No we don’t!”

Mukwevho was suspended pending an investigation. While initially defending the broadcast to the BCCSA YFM later reversed its position and admitted that it was indeed in the wrong and had breached the broadcasting code.

It also apologised to the complainant and audience and confirmed to the BCCSA that Mukwevho had been fired from the station.

After the incident, Mukwevho personally apologised on Facebook: “I’d like to profusely apologise to everyone I offended during my show last month when I made reference to homosexuality. Sincere apologies,” said the DJ.

In a statement to the BCCSA, YFM said: “We expect our presenters to take a leadership role in ensuring that our listeners are constantly positively reinforced in the values of our constitution, including respect for sexual orientation, and will not tolerate any transgression in this regard.”

In its ruling, the BCCSA did not find that the broadcast contravened the code when it came to hate speech because while the insert and comments were “derisory as regards the presenter’s descriptions of certain alleged forms of gay sex” they did “not promote or glamorize violence based on sexual orientation”.

Van Rooyen said that he had not fined YFM the maximum amount (R50,000) because the station apologised and took action to remedy the station.