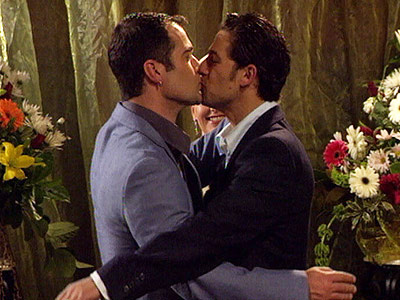 The show, created by Gray Hofmeyr and set in the mining town of Horizon Deep, was launched on SABC 3 in July 1998.

Isidingo made history when it screened the very first gay kiss in a South African television drama, which saw Steve and Len locking lips.

Speaking to the New Age, Executive Producer Pumla Hopa said: “The thing that sets us apart is that we deal with issues in society from homosexuality, xenophobia, mixed marriages and HIV-Aids. We introduced a different style of storytelling.”

The show has suffered a number of challenges over the years, including a fire that devastated its sets last year and a decline in its audience.

Despite this, the daily series continues to have a loyal following.

On Friday, Isidingo will mark the occasion of its birthday by screening its very first episode at 8pm on SABC 3, just after its regular episode broadcast at 7.30pm.