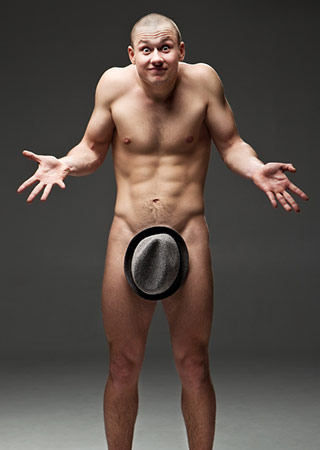 Circumcision is a controversial topic. Pros and cons exist for men who are cut, and men who are not.

In 2007, I decided to get cut. I had a number of reasons, amongst them that I prefer the way cut dicks look, personal hygiene, and that I’d heard that I would have 60% less chance of contracting HIV, should I ever have unprotected sex.

I had inherited some money after two of my grandparents had died, and I decided to use it for the procedure. As I wanted to do it properly, I asked around and got the number of a reputable urologist in Cape Town. His receptionist told me that he was fully booked until the end of the year, but recommended another urologist who shared the premises. He was suspiciously available for the whole of the following week. I should have seen the red flag.

I met him, we seemed to be on the same page, and he appeared decent enough, so I felt no reservations about him doing renovations on my manhood. I had requested that he not make the procedure too “tight”, and that he leave me some “give”, because I had heard (from a good friend) that it was better that way. “No problem”, he replied, and in a flash I was in the hospital to become a cabriolet model.

When I came to I was still numb but able to walk out of the surgery. As I gathered my things and settled the R12,000 bill, the urologist told me that I had provided him and the nurses with much entertainment, after he had given me a Dormicum injection.

Apparently I had had a long conversation with them all through the procedure, and spoken a lot of “nonsense”. I was shocked that he had not given me general anesthetic, but he assured me that Dormicum was a better option, because I wouldn’t remember anything afterwards. This still disturbs me.

Changing my bandages later on, I discovered – to my horror – that he had butchered me. I looked as though I had been stitched together by someone with Parkinsons. I was a mess, but there was no time to do anything about it, as I was to begin rehearsals for a big musical in two weeks time, which required a lot of dancing. I needed to heal – quickly. Show must go on.

Months later, I still had Frankenstein’s crotch, and after the run of the musical ended, I sank into a terrible depression, overcome with shame and humiliation. Stitches that were supposed to dissolve did not, and scar tissue and slap-dash surgery had left me disfigured. I had told no one, and soon I was as sick as a dog. I had glandular fever plus another opportunistic virus (ironically called Coxsackie virus), and a mysterious cough that would not go away. My heart and immune system were broken.

My parents got concerned and insisted I come home to the farm, so off I went. Not with my tail between my legs, but something altogether more pathetic.

Eventually I ended up at a doctor in Mafikeng, who medicated my illnesses, and at the last minute, I decided to show him my pitiful penis. Deadpan, he muttered “bliksem!”, and I knew then that I had to tell my folks.

Despite major financial strain, they did not hesitate to bundle me in the car, and rush me to an incredible urologist in Pretoria. This time I was completely anaesthetized, and when I came around he showed me his excellent craftsmanship, before bandaging me up.

I’m not going to describe exactly how things look down there now, but let me just say that I will adore that man until the day I die. Extreme makeover: Dick edition.

Given the choice again, I would still choose to be cut, and I am now very satisfied with what I’ve got “going down”. It’s a personal decision I am glad I was free to make.

Now I wonder if two circumcisions make me twice as much of a man, as this right of passage took a temporary wrong turn. One thing’s for sure, 25K later, I have quite an expensive member, something to be proud of. Which I am.

Health4Men’s Dr Kevin Rebe comments that medical male circumcision (MMC) has not been shown to reduce the risk of HIV by 60% among MSM; this applies only to penile-vaginal intercourse. He added that MMC is an extremely common procedure and that complications are rare. As with any surgical procedure minor problems can occur, such as a reaction to the pain injection, minor bleeding or some swelling and pain. With proper care these issues are easily treated.

Circumcised men use what skin is left, but men who have been cut very tightly often have to use lube. An intact man can stroke the entire length of his penis using his foreskin and he also has the option of adding lube. Removing the foreskin turns the surface of the glans from an inner mucosal membrane to less sensitive outer skin. Newly circumcised men usually go through some weeks of intense discomfort as the glans is constantly exposed to rubbing on clothing, until it develops a thicker keratin layer and becomes less sensitive.

This article was supplied by Health4Men, a project of the Anova Health Institute NPC, funded by USAID through PEPFAR, and represents the contributing writer’s personal views.