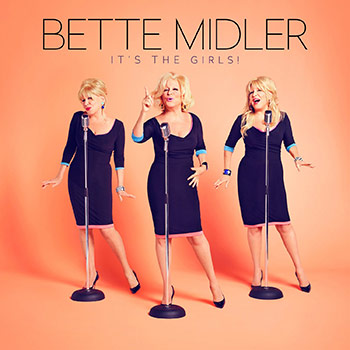 The Divine Miss M would probably be the first person to admit she’s a fabulous, fag-loving diva. She started her career making music for “just us gay girls” and 25 albums later, it’s like she never left us. It’s the Girls is a throwback to the yesteryear of the 50s and 60s when girl groups dominated the charts. And while covering girl groups isn’t new territory for Bette (she’s done Leader Of The Pack before, for example) it’s been awhile since Bette put so much fabulousness into one album. With 15 songs, most of the covers are old-school classics, except Waterfalls, originally made famous by TLC.

That means you’ll know most of the tracks. From her opening number Be My Baby to the bouncy classic Mr Sandman and the unstoppably catchy Tell Him, Bette and her vocals are in fine form. Not bad for a woman of 69 [PS: Loving your age, dear]! She also pulls out quite a few surprises, like a jaunty take on The Andrews Sisters’ Bei Mir Bist du Schön, a bit of country twang on You Can’t Hurry Love and a ballady version of Waterfalls that will make you weep. It’s quite possibly her most heart-wrenchingly beautiful song since The Rose. 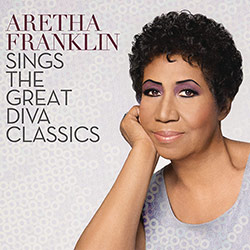 From a diva who’s in fine form, to one who’s lost it. Once, a soul-packed diva, Aretha Franklin tries hard with her new album, also of cover songs, but hopelessly misses the mark. By a mile. The problem isn’t the material. In fact, with just 10 tracks on the album, all great in their original form, it’s quite tough to stuff these classics up. But Aretha’s voice lets her down throughout. She can still hit the lower notes with a sweet melodiousness but when the tracks require a high note, her voice cracks – she caterwauls, shrieks and almost howls in parts – and it’s uncomfortable listening. Especially when she’s butchering beloved songs like Adele’s mega-hit Rolling In The Deep, I Will Survive, Nothing Compares 2 U and At Last.

Aretha may have worked with legendary producer Clive Davis on this one but her name is also boldly plastered on the back of the album as co-producer. Sorry hun, while Barbra Streisand (see below) can still multitask like a bar-tending twink in heat, it’s possible that producing your own work has left you blinded by the faults in your voice. And if you think I’m being overly harsh, Aretha herself has admitted that her former smoking habit has affected her voice. She did quit but has since been plagued with numerous health problems, include tumours and major fluctuations in her weight. That, coupled with her age – she’s a glorious 72 now – might mean it’s time to retire and let that amazing legacy do the talking. Before we lose any more R.E.S.P.E.C.T for her… 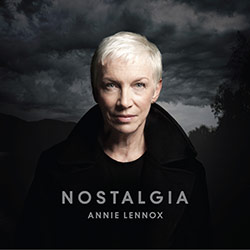 A little bird tells me that Annie Lennox’s new album, her first in four years, is being put out into the world as a low-key affair. Annie’s not doing a full-on tour to promote Nostalgia, as she did with her previous album, preferring to let the music speak for itself. She told Billboard, “at this point in time, less is more for me. I’m more about quality than quantity, and I think this is quite a niche place to be.” Now that’s confidence in your art. Luckily, the songs live up to the kind of expectation that warrants repeat listening.

The Scottish singer’s third album of cover songs comes straight out of American history and is imbued with a magical quality. Annie takes these little slices of Americana and matches each of the 12 tracks, beat for beat, with her impressive vocals. Her re-interpretations are sublime, effortlessly listenable and pure vocal pop magic, with lashings of soul and jazz. There’s the haunting first single I Put A Spell On You, while other noteworthy tracks include Summertime, Strange Fruit, Georgia On My Mind, God Bless The Child and You Belong To Me. 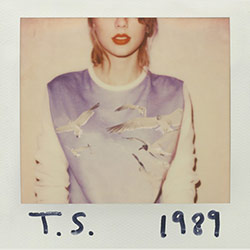 T-Swift may be a bit of a stretch when it comes to making it onto a list of divas (don’t lynch me now, boys), but she has all the qualities: She’s bagged an enviable list of Hollywood hunks, her love life often overshadows the musical quality of her releases, she’s sexy and she knows it, and 1989, her fifth studio album, was the highest-selling album of 2014. Not bad for an established artist who’s taken a new direction with her music. It’s a risk to change but it’s clearly paid off – 1989 is pop (no more country pop for Miss Thing) but the sound is fresh and modern: expect lots of electro-style beats and drums. And even though this isn’t familiar territory for T-Swift, it’s still the same unmistakable voice we love, sounding-off about love.

You’ve been living under a rock if you haven’t yet heard 1989’s first two singles, the upbeat Shake It Off, which is pure pop adrenaline, and the equally catchy Blank Space. But you’ll want to also put opening number Welcome To New York, All You Had To Do Was Stay and Bad Blood on repeat. We’re particularly fond of Welcome To New York as it harkens back to a 90s electro style that Robyn resurrected in Dancing On My Own. 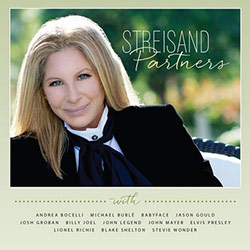 There’s a reason Barbra Streisand’s a gay icon (and no, it’s not her infamous nose): she’s starred in so many musicals she’s entered the annals of LGBT pop culture. But that was decades ago. These days she’s making music solely for the straights. (If you’re looking for fun, flashy and fabulous – Bette’s your gal.) Barbs keeps it classy in her 34th studio album (yes, 34 – eat that Britney!) which features covers of familiar tunes, many of them her own from her illustrious career, but all with male singing partners.

On paper, Partners sound like a collectors’ item. Her collaborators include huge names like Michael Bublé, John Mayer, Stevie Wonder, Josh Groban, Andrea Bocelli, Billy Joel, Lionel Richie, Babyface and even Babs’ own son Jason Gould. The tracklisting is largely familiar, with songs like Evergreen (her version, not the Will Young one), Come Rain Or Come Shine, It Had To Be You and People (you know, the ones who need people and are therefore the luckiest peeps in the world). Sadly, the album is lacking a magical, engaging quality. Babs’ voice is much better than Aretha’s – strong and solid but the tunes are a little ‘meh’. Buy this one for your gran; she’ll appreciate it. 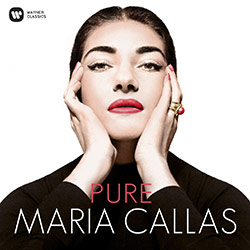 Maria Callas is dead; long live Maria Callas. The Greek-American may have passed away in 1977 but even today, she’s arguably the opera world’s most written-about personality. From her magnificent songbird-like voice, scandalous private life and affair with Aristotle Onassis to her yo-yo-ing weight and subsequent decline of her vocal abilities, her legend lives on. As does her music. And the best of the best can be found right here on Pure Maria Callas, a compilation of 18 tracks that show off her best asset: her thrilling, trilling voice.

Pure Maria Callas has everything the collector could hope for, as well as the novice who’s keen to experience what the fuss is all about. From the upbeat Habanera from Bizet’s Carmen to Ave Maria from Verdi’s Otello, it’ll send chills down your spine. We’d also recommend Una Voce Poca Fa from Rossini’s Il Barbiere Di Sivglia and the mournful, dramatic La Mamma Morta from Giordano’s Andrea Chénier, which eagle-eyed queer cinemaphiles will remember from a pivotal scene between Tom Hanks and Denzel Washington in Philadelphia.