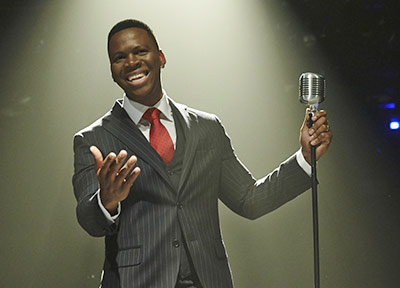 Ian Mills meets Lloyd Cele, star of Let’s Get It On, the musical about the legendary Marvin Gaye, on at the Mandela at Joburg Theatre this May.

During my career as a choreographer and dancer I’ve have had some great moments. The kind that are hard to believe; the kind you want to tell everyone about.

One was seeing Randy Crawford rehearsing for a TV show that I was performing in, and another was sharing a dressing room with Celine Dion (I promise you, I’m not making it up.)

Today, however, I had a private performance of one of my favourite hits of all time, sung by Lloyd Cele of SA Idols fame. It was none other than Sexual Healing – sung just to me! (It really doesn’t get any better than that on a Tuesday morning.)

Lloyd is truly a stunning artist with a voice to match. Although not the winner in the Idols contest, he’s worked extremely hard since then; having released three albums and winning a SAMA for Best Pop Album. Now he’s scooped the lead in a major musical, Lets Get It On, The Life and Music of Marvin Gaye.

“Are you nervous singing such an iconic song?” I asked. (Well, wouldn’t you be?) The answer came fast: “Not at all, these are such great songs. I just love singing them.”

He seems to take the challenge in his stride. Thankfully, his confidence is matched by his ability to deliver with ease; a sound that’s mesmerising to the soul.

Without underlining the obvious, the two hour show tells the story of “the prince of soul”, Marvin Gaye, through his hits and narration. “It brings the old hits to a new audience,” Lloyd tells me.

It features some of Marvin’s most beloved songs including I Heard It Through The Grapevine, Ain’t No Mountain High Enough, his stunning masterwork What’s Going On, and, of course, the Grammy Award-winning Sexual Healing.

The show explores Marvin’s humble beginnings, his troubled relationship with his father, his search for meaning and the music that defined a generation. 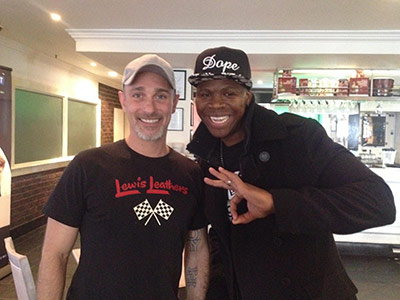 The show is brought to us by Australian award-winning producers Simon Myers and Moira Bennett, who’ve created a slate of biographical shows like The Man in Black – The Life and Music of Johnny Cash and At Last – The Etta James Story.

Lloyd will be backed by some of Australia’s finest and funkiest musicians, including co-star Vika Bull. The singer, one of Australia’s most powerful female voices, plays a character who is an amalgam of the three main women in Marvin’s life; Tammy Tyrell, Diana Ross and Anna Gordy.

Before I leave, I ask Lloyd what he’d like to be doing in 30 years time. “To be helping young artists in this country to fulfil their dream of becoming successful in the music industry,” he replies.

A show like Let’s Get It On seems like the prefect opportunity to inspire a new generation of singers and performers.

Based on the personal performance I was lucky enough to experience, I’ve no doubt Lloyd will wow audiences as Marvin Gaye this month. You’ll hear all the old favourites and I bet you’ll download the Greatest Hits album when you get home.