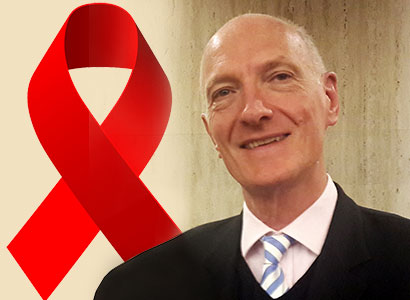 With four short words, we can sum up all the wisdom we need to deal with HIV and AIDS effectively: prevention, testing, treatment and anti-stigma.

But behind these words lies a grief-stricken history of loss and suffering. A history of shame and fear and self-blame.

Then we can understand why, as we go into World AIDs day 2016, we have so much to rejoice about.

The news from the conference was almost unceasingly good. New infections, though still perilously high, are generally down. More people are on treatment. More people are living longer, better more productive lives. We are tackling stigma and its root causes.

It was the second time we hosted the international AIDS conference. The last time was in 2000, 16 years ago. Then we did so under a pall of fear and dejection. President Mbeki’s disastrous connivance with AIDS-denialism was at its height. Treatment was restricted to the ultra-privileged – like me. Three years before, I had started taking anti-retroviral treatment. It saved my life. Spectacularly. And miraculously.

But for tens of millions of Africans only suffering and death lay ahead.

President Mbeki’s denialism refused to consider ARVs as part of the solution. His approach stemmed from shame – shame and stigma about a sexually transmitted mass epidemic afflicting black Africans. And, in turn, his denialism acutely exacerbated shame and stigma.

So much has changed in these 16 years, so radically. South Africa now has the world’s largest publicly-provided ARV treatment program. Over three million people are on government-provided life-saving treatment.

For me, the Durban conference this year had two particular joys.

First, at a plenary session I had the singular joy of introducing my beautiful godson, Andy Sello Morobi. Andy was born 22 years ago with HIV. When we came into each other’s lives, 12 years ago, he like many others was facing almost certain death. Instead, because of treatment, he is now a thriving, ambitious youngster, hungry for life and the opportunities it offers. He is an eloquent advocate for the millions of young Africans who were born with this virus.

The conference rightly recognised Andy as a star. He will make an impact. (And he is available to talk to your group, business or organisation!).

The second joy in Durban was sex workers. We as gays and lesbians and transgender and intersex people have felt the scourge of scorn. Thousands of years of hate and shame and disapproval. But what group feels more contempt, more scorn, more hatred, more vituperation, more violence, and legal sanction even than us? Sex workers. We persecute, punish and ostracise them. In doing so, we not only make a misery of their lives. We also violate every principle of sound public health. We throw out elementary, rational, good sense.

Durban was great for the humanity and dignity of sex workers. After Andy and I spoke, they flooded the stage – beautiful, proud, assertive men, women and transgender people, determined to claim their right to be themselves and to earn money as life made necessary for them without stigma and persecution.

And now? Now we have only the future to deal with. A future in which we have the means to end this epidemic, but in which we still need more determination, singleness of purpose and energy to do so.

We have to expand testing even more. We have to get more people onto treatment. It is shocking to think that between 10 and 15 thousand people in South Africa still die, not every year, but every month, from AIDS – often combined with that more perilous and far more difficult disease, tuberculosis (TB).

And most important, we must talk about stigma. And, more particularly, how we internalise stigma – how we take deep into ourselves the outside hate and fear and ignorance about HIV and AIDS.

Stigma remains the forbidding enemy of everything we are trying to achieve in our long journey in this epidemic from grief and suffering to normality.

And it is stigma that keeps us isolated and silent, shamed to death within ourselves, rather than accepting support from those whom we know love us and care for us and will continue to befriend and embrace us.

I don’t speak about this with the coolness of a social scientist or lawyer or judge. I speak about it from long years of grievous personal experience. For eleven years I felt hobbled by fear and stigma. My best day was when I started talking openly about my HIV. For me, it was a disburdenment of almost indescribable personal proportions. But I understand all too well why others still feel disabled from making that choice. I do not condemn. I only urge hope, and trust in others.

But in all this we have powerful weapons. Those four words. Prevention. Testing. Treatment. And anti-stigma. Powerful words that prove this epidemic is not our master. It is for us to use the knowledge that we have fought for.

It is especially for us as gay men and men having sex with men to campaign and speak out, and to demand justice and equality and access to life-saving information and services.

And we claim these things not only in South Africa but throughout Africa, where LGTBI persons face new heights of violence, torture, imprisonment and persecution.

Proud non-governmental organisations that stand for our Constitution and for our rights in a time of peril.

What more do we need? Commitment. From us. Each of us. Each of us to speak. To do. To learn. To protect ourselves and others. And to end the pall of silence and fear too many of us still feel.

That is our task. And our history in this country shows that we can make victory ours.

Justice Edwin Cameron is South Africa’s first and only openly gay and HIV positive Constitutional Court Judge and an author. This message is courtesy of Exit newspaper.

It’s easy, it’s quick and its free! To get tested for HIV at an LGBT-friendly clinic go to TEN81 in the Tshwane area or search for a welcoming clinic nationwide on the Health4Men website.