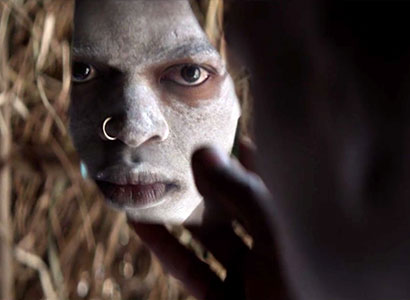 I have been gay for as long as memory serves me. I vividly remember spending my formative years vacillating between denial and self-hate; from a young age I somehow knew that acting on my romantic feelings would come at the unbelievably high cost of shaming my family, my friends, and my culture.

It would also call my manhood into question. After all I was a Xhosa male in the Eastern Cape, a place where being gay was unfavourable – automatically disqualified one from being at the top of the food chain. That place was solely reserved for “real” men whose default setting was to be attracted to women.

Watching Inxeba immediately transported me back to that incredibly turbulent time in my life. I could instantly recall the anguish that came with self-suppression and the irreversible damage that followed. I began to better understand why I was a bully in high school and how I still struggle with rage well into adulthood.

Suddenly the source of my fear of rejection also became more apparent to me. I not only saw myself in the characters but also saw my friends. This rendered me biased therefore I decided to sit back and observe public discourse before attempting to make my own assessment of South Africa’s constantly evolving position on homosexuality. What would unfold would be a fascinating case of paradox of course, the very essence of this complex country.

Before I unpack this paradox however let me begin by my understanding of the film.

Before me was a film with all the elements of a memorable love story of both forbidden and unrequited love; two people who want to be together are prevented from doing so by circumstance as those around them wouldn’t approve of their love. This is nothing new to classic love stories. To me this is the most important part of the story and is what the film is essentially about. The rest is merely for context and for that the story must be set somewhere.

We cannot fully understand Romeo and Juliet without it being set between two families from different class backgrounds in Verona, Italy. Romeo and Juliet is however not a story about Verona; it is merely set there. The same applies to Inxeba; it needs to be set somewhere for the viewer to fully understand the inherent conflict of the characters. The subjects are males in the rural Eastern Cape where the rite of passage to manhood is through ulwaluko. The film is simply not about ulwaluko however. The tragedy in the story is a universal one that could be experienced by anyone. Much like Romeo and Juliet, this story could survive outside of this setting hence it’s a brilliant love story.

Now to the paradox revealed by how this whole thing played out.

Backlash was inevitable. It wasn’t surprising when traditional interest group Contralesa Gauteng and The Men and Boy Foundation laid a formal complaint of “cultural insensitivity towards the Xhosa culture” with The Film and Publication Board (FPB) Appeals Tribunal. The tribunal’s decision to reclassify the movie from a rating of 16 SL to that of X18, the same classification given to pornographic films, was very surprising on the other hand. When justifying the reclassification, the tribunal cited “four scenes in the film that could have ‘increased tensions in society’”. This reclassification invariably meant that the film couldn’t be screened in mainstream movie theatres – essentially banning it.

One wonders which four scenes the tribunal was referring to because the film is a love story that uncovered nothing that wasn’t already in the public domain. At no point does the film depict the already well-known circumcision procedure. A quick Google search of “ulwaluko” will reveal how deliberate the filmmakers were about excluding intricate details to this sacred cultural ritual. In his autobiography Nelson Mandela gave a far more elaborate account of ulwaluko than Inxeba yet this never seemed to “increase tensions in society” nor did it spark mass outrage. Then again, Mandela made no connection between ulwaluko and homosexuality, often the antithesis of masculinity. Could the emotionally charged responses to a fictitious film be a case of homophobia perhaps? It is difficult to exclude this.

As AmaXhosa we are incredibly proud of our heritage and have made a concerted effort to preserve it. Ulwaluko is possibly the single most defining practice that we have conserved and is central to the patriarchal family structure that governs our cultural beliefs. To now associate this baptism into manhood with homosexuality brings about much discomfort. This alone should be telling of how homosexuality is still viewed.

Our culture has not been altogether static when it comes to inclusion especially when one looks at women’s rights; women can now sit on traditional councils for example. It should continue to be reflective of the times and the cultural inclusion of gay people should also be advanced. That way our rich culture can be something all can be proud of. Changing laws is instant but legislating a change in attitudes takes much longer. This is perhaps why vulnerable homosexuals remain targets of the most heinous hate crimes despite many constitutional strides.

The attacks on the cast and producers of the film made it undeniably apparent that much of the discomfort to Inxeba wasn’t only attributable to a perceived cultural misrepresentation but was also blatant homophobia. The death threats, hate mail, protests and emotional abuse targeted at the filmmakers made the distinct stench of bigotry hard to ignore. Interestingly enough, the biggest critics of Inxeba haven’t even seen the picture. Just the idea of two male initiates falling in love was not only enough to be incensed by and to use as a justification for abuse. The very same abuse that leads to lesbian women being raped on the streets of our townships; to effeminate boys being called “moffies” and beaten up on playgrounds across our country. The film and its creators were also metaphorically beaten up by the public and the FPB. The courts may have eventually saved the day but one wonders how sustainable this might be.

Vast contrasts have become part of the very fibre that defines us as South Africans. The varied reception to a made-up story is telling of this. We remain divided on many critical issues ranging from land redistribution to politics, from free education to a living minimum wage. We are a wounded people in desperate need of healing.

Unfortunately pretending our issues don’t exist doesn’t make them go away; if anything they fester and show themselves in times like these. One need only scratch the surface of the rainbow nation to see that what lies beneath is still only black and white. Films like Inxeba are important as they keep putting salt to our wounds and allow us to bring our issues to the fore and hopefully address them. This constant reality check is vital if ever we are to be the “South African miracle” we had once hoped to be.