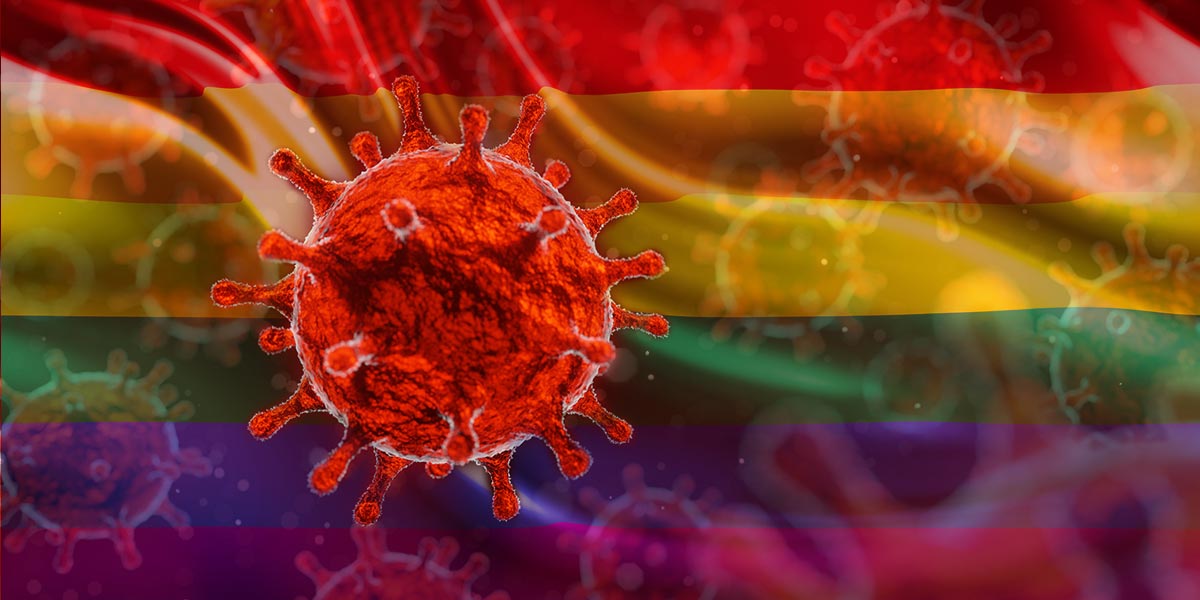 Amid the COVID -19 pandemic, Lesbian Gay Bisexual Transexual+ (LGBTI+) people have been facing increasing stigmatisation, discrimination and violence as people are in lockdown with homoantagonistic families and communities.

Over the last month, #AllBlackLivesMatter movements have erupted in the United States of America (USA), highlighting violence that pertains particularly to the LGBT+ community. Fueled by the deaths of Riah Milton and Dominique Fells, activists demand justice for the femicide of Transwomen, and the ongoing violence on LGBT+ people across the spectrum. Expanding the perception of what pertains to GBV is integral as we begin to dismantle the culture of violence from its root.

The COVID-19 pandemic has brought the world into lockdown, trapping victims with their abusers or forcing them to flee from shelter. Under lockdown with a homoantagonistic family, Devonte explains how it has impacted him, “I feel like I’m losing myself more and more every day. I can’t take the comments anymore. I try to keep to myself but it’s like even just existing is a problem.”

Some LGBT+ activists argue that homophobia doesn’t exist [as such] because a phobia implies a fear. With stereotypes of homosexuality being ‘unAfrican’ regardless of its legality in South Africa, some families and communities can act antagonistically with entitlement and righteousness. Even families that don’t physically beat their LGBT+ children, can put them under severe long term trauma by enacting verbal and emotional abuse.

Counselling psychologist, Thomas Geffen explains that the national lockdown has pupated a lot of mental health issues for LGBT+ members, “From a psychological perspective, verbal, emotional and psychological abuse is as harmful as physical abuse. It can be just as damaging and frightening.”

With subtle and explicit forms of LGBT+ antagonism drenched in everything from language to Hip Hop, many queer and Trans people are under constant violence, often finding their only salvation in community.

Zola explains. “I miss being with my girls, yoh. I’m sick of being stuck with sour faces and chores. I was born for the streets, shem.” Thomas Geffen explains that lockdown has raised universal experiences of isolation, uncertainty and anxiety for most of the world. With the normalisation of anti-queerness, LGBT+ people are likely to experience this universal experience, in addition to the isolation and anxiety their identities raise due to antagonism.

In an ordinary non-pandemic state, Zola had already felt isolated from family and community. She explains, “It’s depressing to be so far away from people that can really ‘see you’. I never expected that from my family but having my entire squad stripped away like that, it’s a harsh blow. There’s nothing.” The antagonistic attitudes of family members can create subversive and subtle patterns of violence and isolation, leaving LGBT+ no option but to seek community elsewhere.

LGBT+ activist and dancer, Sade had no option but to leave shelter with family, due to constant physical and verbal abuse. Relying on friends and having to break lockdown regulations by moving house to house, she finds herself torn between safety and legality.

With rapidly rising rates of Femicide sweeping across the nation, it is integral that we expand our perception of the women who are most at risk. The #Translivesmatter protests in the USA raised awareness of the severity of violence on Trans women. With very little to no coverage in South Africa on trans specific GBV, there may be a lot of under-reported or misrepresented cases, due to a lack of care or misgendering by the media.

Every instance of GBV is damaging but context-specific. Thus, only victims can weigh out the safest decisions for themselves in the moment. Thomas Geffen explains that there are a number of hotlines and organisations that LGBT+ people can get in touch with to help with physical safety and mental health. He further suggests mindfulness as a tool for LGBT+ people to become embodied in themselves and to provide self-kindness in a time of isolation. For LGBT+ people forced to stay in environments with aggressive family members, taking care of one’s mental health is vital for longevity, given the uncertainty of the pandemic.

Activists from the #EndGBV and #TotalShutDown movement of 2018 emphasised the importance of unpacking rape culture and its subtle forms of violence like inappropriate jokes. In order to steer away from a violent society, individuals need to contemplate the ways they have contributed to or allied with queer and Trans antagonists.

Sometimes it could be something as trendy as a ‘no homo’ comment, or as explicit as asking someone if they’re gay due to gendered assumptions. In the same way that feminists began to question which of their friends allied with rapists, we all need to begin to ask the question of which of us support Trans and queer antagonists. With each comment, glance and punch adding to the atmosphere of normalising violence, those that do not advocate and act against it become contributors by alliance.

The true number of LGBT+ gender-based violence cases in South Africa is unreported because dominant narratives frame gender-based violence as a cisgender women’s issue. From expanding our view on who is violated to expanding our definition of violence to include non-physical forms of violence, the culture of normalisation is built upon rigid definitions that wait for murder to make the news. In order to reconstruct a society without gender-based violence, we need to introspect and contemplate the ways we can both make our society safe by defending others and making sure we aren’t harmful to those around us. In the same way that charity begins at home, so does the process of redesigning a peaceful society, for we are microcosms of the nation.

Nazlee Arbee is a multimedia artist and journalist based in Cape Town, South Africa. This story is part of the GL News Service Gender and COVID-19 series.