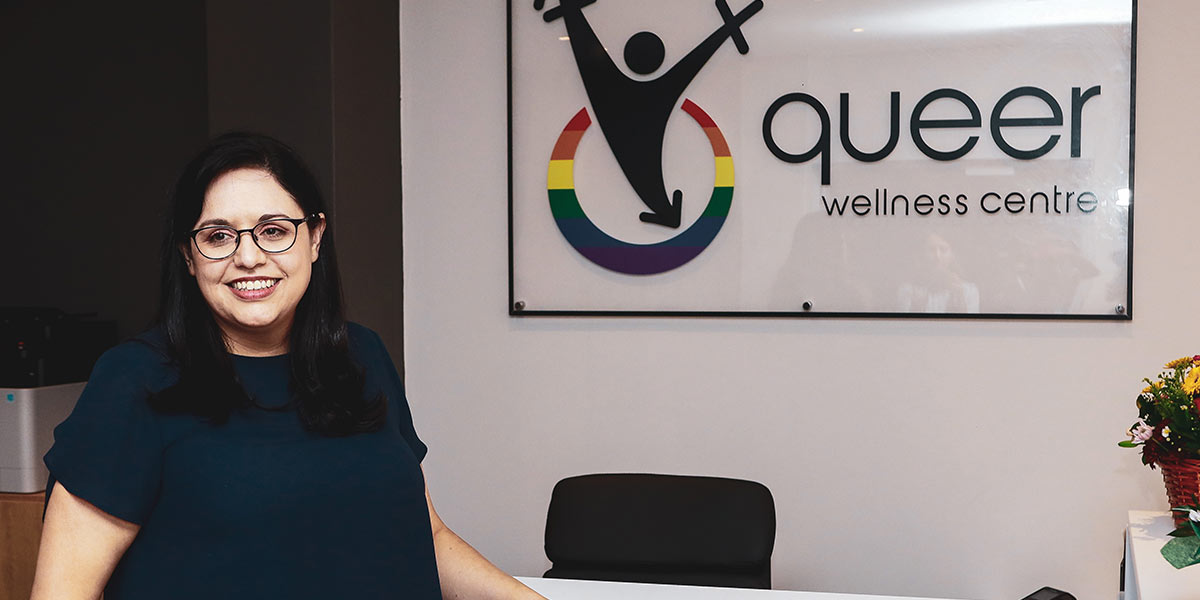 A new health calendar, created with a diverse array of queer health needs in mind, is set to open the conversation about health and wellness in LGBTQI communities.

The calendar breaks the year into themed months and allocates an idea or issue to each week. It is a joint initiative by the Queer Wellness Centre (QWC), which opened earlier this year and is the first of its kind on the continent, and the Thami Dish Foundation.

Speaking at the virtual launch, Dr Claudia Do Vale, specialist physician and founder of QWC, says “what we have done now is to create a roadmap to discuss queer health issues.” She speaks of it as a layout that can help individuals and organisations, including healthcare workers, non-governmental organisations and media discuss specific health concerns in the LGBTQI community.

The tool was launched in the middle of the calendar year and the end of June, which is international Pride Month, in part to make a point. Do Vale says, that while the month is important, the conversation must extend beyond this.

The calendar is expected to be used and distributed by the QWC and other organisations, and may be accompanied by various discussions or events around the included topics. It will be available on social media soon.

Some months, such as General Health Risks April, focus on how the community may be affected by broader topics. For instance, March covers topics such as eating disorders, suicide, abuse, and gender dysphoria under the banner of Be Kind To Your Mind Month.

While the calendar is focused on health, it approaches it in broad and unique ways. For instance, December is dedicated to the idea of home and being accepted. Keval Harie, director of Gala, says what is important is not only raising awareness of these issues but doing so from an affirming space.

Harie says once people feel comfortable enough to participate in these discussions, the stigma and taboo around these issues lessens and the focus shifts to the wellbeing and safety. “That’s what healthcare is about,” Harie says.

It also encompasses a wide range of queer identities, with October focusing on diversity, including weeks dedicated to intersex and asexual people. May is LGBTQI Aging Month, which considers issues such as isolation and whether retirement and end-of-life care options are friendly to queer people and couples.

Harie says that many people of different ages still struggle to access the necessary information around queer health issues. “We can safely say that across generations within our community this information is desperately needed.”

Harie says that the stigma around LGBTQI identities has historically affected the available access to healthcare by the community, which makes tools such as the calendar particularly important. Do Vale says, “let’s say that there isn’t a need to be living in a stigmatised environment, but rather let’s make it open.”

Atlehang Molefe, student and debater, says the calendar should be available in public spaces and perhaps in universities for a younger audience.

“It is more acknowledging that healthcare is a fundamental human right. If we’re able to raise awareness and start interesting and uncomfortable conversations about healthcare, I think that would be largely important.”

Holistic care for all queer identities

Do Vale explains that a lot of medical resources are skewed towards certain identities and sexualities, even within queer health research, and that this makes it harder for healthcare providers to give holistic assistance.

The calendar meant to evolve over several years and include a wide variety of difficulties faced by the queer community. Do Vale gives the example of trans people who struggle with access to healthcare and medical aids when there is a difference between their chosen names and names on identity documents.

She admits that the current calendar isn’t perfect or all-encompassing, but a place to start from. “When you have a bigger group discussing it versus a really small group I think you have a lot more momentum and a lot more movement forward.”