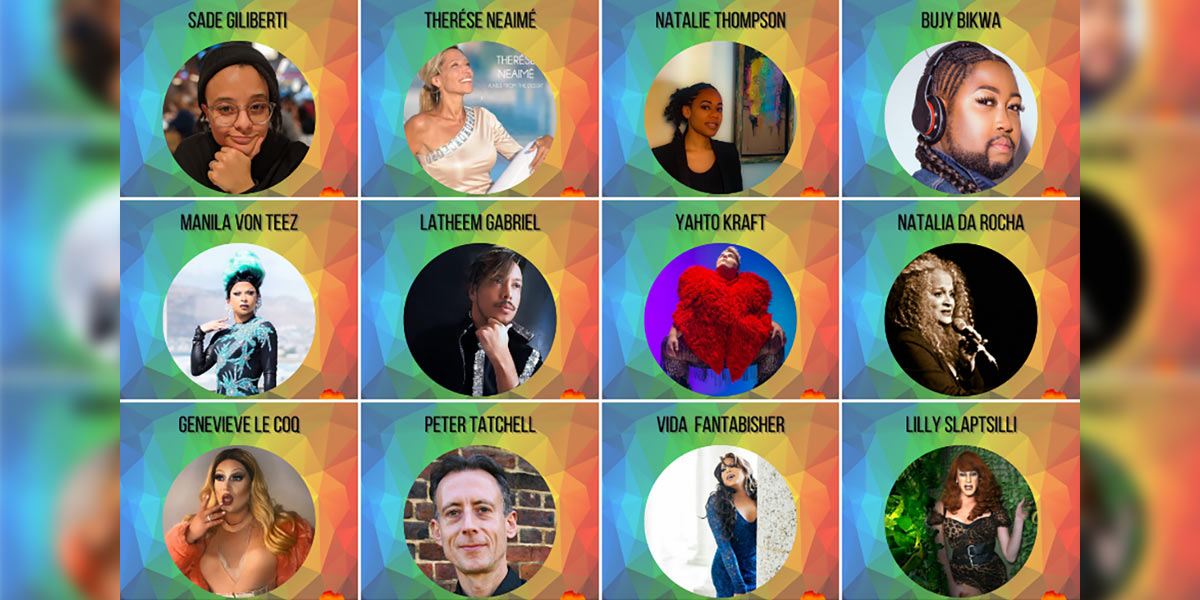 Some of the United Prides of Africa participants

The organisers of the recent first United Prides of Africa online event say that they achieved a massive reach.

The approximately three-hour event was streamed on Facebook and YouTube on 26 September and featured LGBTQ performers, activists and allies speaking out for equal rights and visibility.

While primarily highlighting content and personalities from Cape Town and South Africa, it also included submissions from the likes of Ghana, Morocco, Egypt, Tunisia, Sudan and Malawi.

The project was led by the team behind Cape Town Pride along with various LGBTIQA+ organisations and Pride groups from around the continent. It was a follow-on from Interpide’s recent Global Pride in which many African Pride organisations participated.

The event was also supported by international partners such as Global Pride and EPOA (European Pride Organisers Association) and other Prides in the UK and the US.

“During the creative process we were not sure of what was going to happen for United Prides of Africa,” said Production Manager Matthew Van As. “All we knew was that we have a vibrant and robust continent that has so much to show and say.”

Patterson submitted a screengrab of the YouTube analytics to verify these numbers. Van Ass explained that the astonishing figure was the total number of people who watched the YouTube stream while it was streaming on various platforms around the world. The far smaller number of viewers reflected under the video that is now available to watch on YouTube only indicates those who have watched it after it was streamed.

“This virtual event has paved the way for something that will grow bigger and better every year with even a face-to-face event in the future,” said Van As.