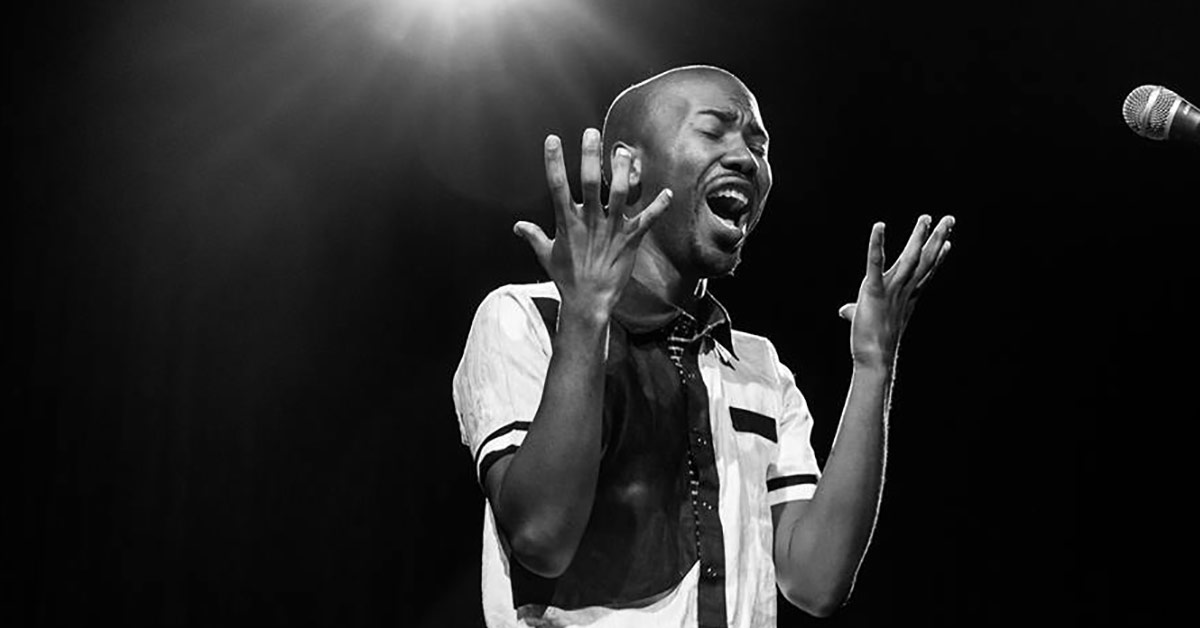 That year, he’d made a splash with his ground-breaking album Boet/Sissy, a work that unrepentantly addressed sexual identity and same-sex love in Xhosa.

In an article published by Sunday World soon after, Ganymede accused the Feather Awards of being irrelevant and degrading and misrepresenting “the complexity and seriousness of the LGBTI community.”

That was followed by a heated debate with the event’s co-creator Thami Kotlolo on YFM that only served to further inflame tensions.

Six years later, Ganymede writes about his regrets and the lessons learned from the experience – and the passage of time.

In each one of us exists a good as well as a bad side. The journey of growth is about learning to keep the balance between the two opposite ends.

The bad side tends to be destructive and often results in chaos. It is from this where all bad habits spring from. It distorts emotions felt during traumatic events, disappointments and even failure and turns them into something they’re not. You will end up bitter and stuck should you allow this to happen.

Meanwhile, the good is where you find real joy. It usually ends up manifesting in places where feelings of home are felt.

I say this because I’ve found that I had a destructive pattern in my twenties. I first behaved as my best friend and then turned against myself to become my own worst enemy. Let me tell you how.

It has always been clear that I am here to colour the world through song. I have been singing since the age of nine. I mean serious singing. The level where your singing gets broadcast across the Eastern Cape by TBN (Trinity Broadcasting Network). I sang for mayors in the new South Africa of the early 90s. I sang in serious spaces. It was during this period where I got to see the magic of song.

As a child, I would stuff a radio speaker underneath my pillow and listen until the early hours of the morning. (I had to put the speaker under my pillow because the room was shared by seven people, and they always complained about the sound.)

Each night I would insist on playing the radio and listening to great songs. One night I thought I heard song herself in conversation with me. She promised to lead me to places where big, big stages awaited. On those stages, I would only be required to stand and sing. And that is when I promised myself that I would travel the world singing.

Just as nature keeps her promise to us each morning by raising the sun, song kept hers. She indeed led me down paths where success was surely guaranteed.

But after many lost opportunities, I discovered that I had a friend named self-sabotage. This friend knew all my failures, mistakes and childhood scars and then held me at ransom for knowing all my secrets. More cunning than Ntsiki Lukhele from Generations, she would come barging into my life just as things were starting to take off.

Then three years ago, they put these beads around my neck and suddenly I could see. With my eyes, with my heart and with my soul. I saw how I had been blind to the error of my ways. My words had hurt people and I deeply regret this.

It was in higher primary where I learned to use words as weapons. Other children verbally attacked me constantly and I had to learn to attack back. But it was not only at school. I was verbally attacked at home, at church, at the store, walking down the street, on the taxi to town. On and on it went, without an end.

The verbal attacks were hurled my way because I was a gay child. I started becoming distant and dismissive to people as a protective shield. I built a language of defence instead of thinking about building a language of compassion. My life became a series of wars till I no longer knew what I was fighting for. This war with myself and everyone else had to come to an end.

The good part of me was able to accomplish the creative process of my debut album Boet/Sissy. I scrambled for resources for two years and made that album. I had no place of my own to stay and so I alternated between the homes of friends and family. Boet/Sissy was a labour of love to others although I was living in an increasingly sad situation.

I wanted to affirm and articulate, with love, the demonised emotions felt by ‘sissies’. I reached deep inside my childhood wounds to capture buried emotions. I dressed my vocals with those emotions like a costume on an actor’s body. I heard a deeply operatic and ancient sound. I followed. I staged a visual for the mind and, in that, scars were named and dealt with. That body of work continues to be a mirror to many who come across it. The joy of having been a vessel to create something that continues to resonate with others’ lived experiences is such an honour.

Right after the release of Boet/Sissy more hard times came. Marketing wasn’t good and a few radio stations told me that they found the content of my music to be a challenge. I reached out to everyone I knew in the LGBTIQ community but not a single congratulatory email returned.

From there I became a slave to self-sabotage. At the time I was living in Mofolo, Soweto in a house rented by my aunt temporarily while she built her home. My sleeping area was the space where the coffee table stood during the day.

I then made the mistake of writing that article published by the Sunday World. In it, I lambasted the Feather Awards for making a mockery of gay culture. Between that arrogant view and the final editing, my words came out harsh to readers. It may be surprising to say, but the attention the article received was not something even I anticipated.

One Sunday, a friend called to tell me that the article was being discussed on the radio. I switched on to hear Thami Kotlolo and the host discussing and dismissing the article. I wrote in and requested the right of reply. The following Sunday, the host called me two minutes before going on air, without telling me that they’d invited Thami as well.

The triggering moment for me in that interview was when Thami said that the Feathers would honour me when I’d reached ‘another level’. I was angered by the fact that I couldn’t reach that level without support and I wasn’t getting any from the LGBTIQ community.

In a way, both the article and the YFM interview were the result of my anger and feeling at the time that I’d not been helped by Thami; a person I’d been reaching out to for a while without success. I now must admit that he never owed me any favours to begin with.

That YFM interview haunts my memory to this day and it is a moment I will forever regret in my career. I displayed such bad behaviour and thereby lost an opportunity to address my concerns amicably with Thami. I felt rejected by the LGBTIQ community and he became a target. I could have spent my energy trying to figure out another way to market the album instead of launching an attack. For the pain I caused through my words, I apologise.

Going forward I hope to focus more on the promise I made to myself all those years ago, that I would travel the world singing. A promise which requires discipline, good conduct and lots of faith. Good things do come my way whenever I focus on keeping that promise. And I am still here to colour the world through song.