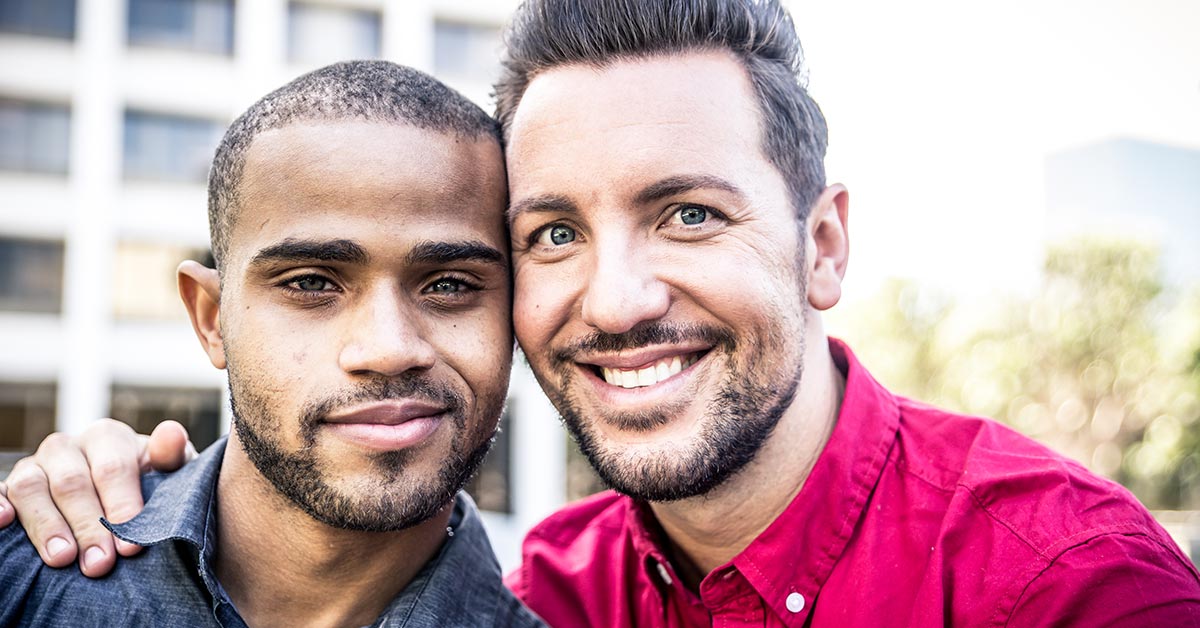 A new year is an opportunity to reconsider deeply ingrained, toxic behaviours and ideas. Luke Akal argues that we gay men should take off our masks and delve into a new level of vulnerability — as uncomfortable as it may be.

This excludes using the pronoun for those who actually identify as such, of course. But far too often, gay men refer to one another as “she” or “her” in jest or when poking fun at each other.

The trouble with the flippant, ironic use of she/her pronouns for a gender-conforming gay man is that it trivialises the feminine. This includes both the straight, cis-gender woman and any others on the LGBTQ spectrum who identify with and have chosen the traditionally feminine pronoun.

Arguably, the casual, mocking use of she/her is the most insulting to trans women, given the immense challenges, personal and social, that they have faced with being both inwardly comfortable and outwardly courageous enough to live out their identities.

For the gay man fortuitous enough to have identified with his birth-assigned gender, this is tantamount to mockery of the struggles so many others have faced in managing not only their sexualities but also their challenges in gender roles.

Another infantilisation, straight or otherwise, is the gay man’s excessive comfort with physical contact with women. For one, the woman friend is not our mother; she is not a guardian, keeper or our protection in any way.

The simple but critical point has to be stated: women’s bodies are not our property. Although we may think of our sexuality as a ‘free pass’, the fact remains that a woman’s body is her own, and this is a hard-won, ongoing battle for her almost from birth. History – and indeed the present day pandemic of gender-based violence – vividly illustrates that the mere existence of a woman’s body is a war zone.

It is not our place to, yet again, to be the male coloniser of the female body.

The gossip culture amongst gay men is sadly what appears to bind us, our communities, and our cliques. “Spilling the tea” is far too often the conversation kick-starter for gay men.

Worse still, it is regularly at the expense of another in our so-called community, who has allegedly stepped out of line. Perhaps he has gained weight, dared to be seen in public without the latest Zara ensemble, or otherwise no longer fits in with our increasingly toxic subculture.

This should give us pause to reflect, as gay men, on what can and should unite us. We have such incredible privileges today, in much of the world, that we forget it was only a short while ago that our predecessors endured tremendous suffering to win these for us.

We have to consider: who and what are we without this struggle? Did generations struggle for our right to tear each other down over trivialities?

Please stop: All or nothing relationships

As a result, the gay man – entering adulthood in age but still very pubescent in emotional intelligence – often oscillates between extremities in relationships. On one hand, relationships carry very little value or weight beyond sexual encounters, a status symbol, and nothing that speaks to the idea of a partner with whom to really do life.

At the opposite end of this spectrum, he confuses any encounter with a potential companion as a husband-candidate. Put simply, zero to one-hundred expectations, starry-eyed predictions for the future, and undue pressure is applied in record time. There is no moving in stages; rather he literally moves in at the earliest opportunity.

In either of the extremities, the sad reality is that potential partnerships never have the chance to develop into healthy relationships.

Whilst we can blame childhood issues and past trauma for this, the first step is to recognise the problem and seek to address it. This is a lifelong work. For more on this, I highly recommend Dr Alan Downs’s book The Velvet Rage: Overcoming the Pain of Growing Up Gay in a Straight Man’s World.

Please stop: Not being clear about your intentions

Psychology might suggest that because of our trauma men struggle to be clear about what it is we want from others around us. A series of defence mechanisms are built up, all in the name of avoiding vulnerability, which we consciously or unconsciously believe will make us weak and lead to heartbreak.

However, in practical terms, we can start something of a revolution in our own circles and communities by being open and honest about what it is we want from each other. By simply, sincerely communicating our thoughts and feelings, it is possible to enrich our relationships, romantic or otherwise. The cost of not doing so is far too often a breeding ground for further trauma; stringing-along, or leading the other up and around garden paths, not only wastes time, but is psychologically exhausting.

Dare we become truthful with the other? Then we must be so with ourselves, first.

Please stop: Using sex as a tool for bragging power and ego trips

The openness with which we as gay men can talk about our sexual experiences is hard-won and something to be celebrated. This was a generational battle, and without it, the silence led not to only dreadful heartache, depression, and anxiety, but certainly contributed to the widespread prevalence of HIV and AIDS in previous decades.

The trouble, now, is that sexual experiences are often graded and rated in gay circles. This is not meant to be a conservative opinion, but rather a call to reflect on how much value we assign to sex. Just as gossip is something which seems to be a unifying factor for gay friendships, so sex is used in a similar way. But even more so, it has been given a certain status and, at its worst, reduces us to base instinct and desire.

Equally, the gay man who has had a number of sexual encounters, perhaps more than those he socialises with, is also subject to critique and defined by this alone.

We are more than just those we’ve had, or not had, sex with.

What is the way forward, then? It’s nothing short of a journey along which we have to constantly check ourselves, being conscious of the fact that the masks we wear are more often than not nothing more than useless defence mechanisms to, ironically, shield us from an authentic life.

Given years of feeling misunderstood and out of place, our gay subcultures have become spaces for harmful groupthink.

If we can peel back the layers, put into action our own values and ideas of how we want to be treated, and how we should treat and interact with others, we might just lead a more authentic, enriching, and meaningful life. It does require, in some cases, severing old ties and moving out of particular social circles, but this is well worth it.

And with our soon-to-be-discovered new perspective, we can only wonder why it previously took so long to live our own lives in the most audacious sense.

Luke Akal is a professional political communicator. His interests include gender and LGBTQ issues, political life, and education. He is the former Coordinator of the Africa Liberal Network and previously taught at university level in Shanghai, China.