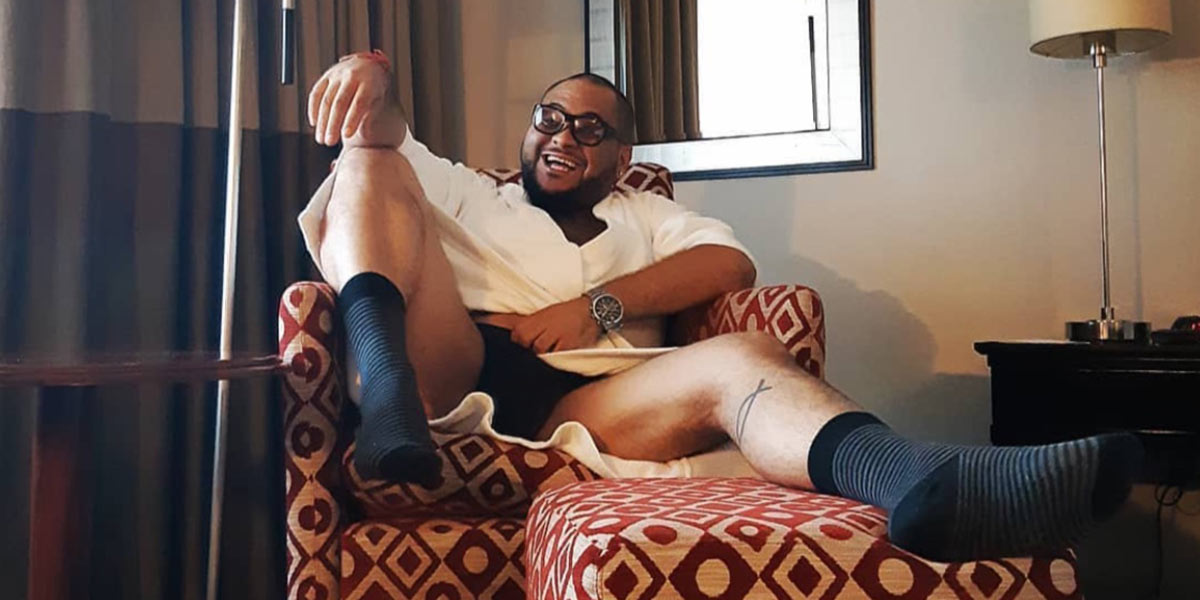 The past year and a half have been devastating for the world; a deadly pandemic and a peaking climate crisis has derailed a lot of the human rights victories we’ve achieved.

Social justice activist and documentarian Angelo Louw believes there has never been a more important time to take a stand than now when everything seems to hang in the balance.

Louw, 34, is no stranger to MambaOnline. During his 2016 Fulbright fellowship, he contributed to our website. The Joburg native has since returned to South Africa to join Greenpeace Africa as the Pan-African Plastic Project Lead. His strong opinions and media savvy has garnered him a lot of attention in recent years, as well as special recognition for his work.

We’ve caught up with the Mail & Guardian 200 Young South Africans finalist to talk about his success, what makes him tick and what the future holds.

How does it feel to win award after award?

It’s a bit of a mind-fuck, especially considering everything going on in the world. On the one hand, I am very proud; I’ve worked so hard for many years. But on the other hand, I don’t think it feels as extraordinary as it should, because of how much pain this pandemic has brought… Also, I just don’t know what to do with all of these trophies.

I mean, you do have bragging rights: TYI SADC Top 100 Winner, Mail & Guardian 200 Young South Africans awardee, and all those awards you collected for your documentary GUTTED (about the harmful impacts of industrial fishing on Cape Town’s communities).

And that was just in the past two years! The awards are cool. It’s very flattering, but what I really appreciate is the doors they’re opening up for me – and that I’m finding that I don’t have to explain myself too much anymore. My credentials sort of speak for themselves these days, which is an amazing space to be in as a person of colour. I find that people like us face unwarranted scrutiny in the workplace, to a point where it can be demotivating. A lot of people have given up on their dreams because of it. So, I’m glad that I can breathe easy and focus on what’s important to me.

Speaking of the doors that keep opening up, you’ve just landed a new role at Greenpeace, right? Tell us a bit more about that.

I’m very excited about it, and a little nervous too. I’ll be working in the international communications team in the Africa, Middle East and Europe region. It’s about figuring out how to make stories from those regions resonate with the rest of the world. I’m especially excited about looking at the climate crisis through an intersectional lens. As an advocate of social justice, I’ve also been focused on addressing the societal impacts of whatever I’m working on, and the climate crisis certainly has dire implications for our most vulnerable groups.

How does the LGBTQ community factor into this work?

Climate change impacts us all. It doesn’t mean that if you are an advocate for gay rights that you can’t also care about this ticking time bomb. In fact, when I go to climate strikes, I’m proud to say that the gays show up in numbers. We’ve always been very activated in the struggle for our rights and wellbeing that it’s only natural that we’re doing the same against this threat to life as we know it. I think that the only real way to break down these silos we see across social justice movements is to have fair representation in how we communicate the issues. A lot of people are essentially environmentalists, a lot of people are deeply concerned about the crisis we’re so deep in; so whether or not they wear the label, we all have a common ambition of safeguarding our futures.

Your career has taken you to many places around the world. Will you get to travel a lot in this role?

Listen, I’m not even fully vaccinated yet so I’m not thinking that far ahead. It’s such a shame how the pandemic has turned our lives upside down, and doesn’t seem like there is an end in sight. Right now, I feel like a teenager trying to sneak into the club. As a person living with diabetes, I am at such high risk everyday so I’m counting down the days. But I’ll tell you this, the first place I’m headed to once I get the jab is the beach. I have a special bond with the ocean. It’s infinite and full of possibility, and that invigorates me. I tried out the fake beach in Tshwane, but it’s just not the same. It actually made me realise that there are some things that you just can’t replace. In this instance, the natural environment brings me such peace of mind that I would go nuts without it.