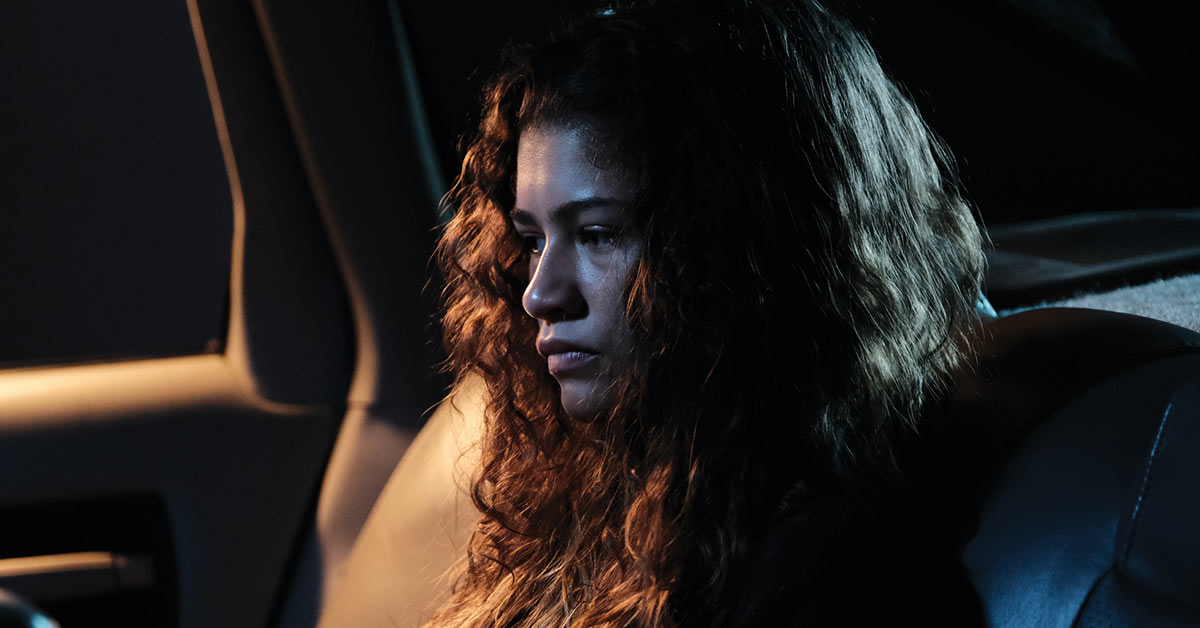 In the wake of global smash Spider-Man: No Way Home, Zendaya is back as Rue in Euphoria season 2

Euphoria topped multiple “the most anticipated shows of 2022” lists, from Complex to Esquire, Mashable to Polygon. Now the first episode of its long-awaited second season is streaming on Showmax, with new episodes coming express from the US every Monday.

It’s been two years since season 1 concluded, and the mid-pandemic 2020/21 two-part special only made us miss it more, so it’s no surprise that the season 2 trailer hit over 1 million views on YouTube within 12 hours when it dropped at the end of November last year.

Euphoria isn’t for everyone, and season 2 looks set to be as controversial as the first. But the fans are, well, euphoric. As Mashable says, “Euphoria grows up in smart, spectacular season 2… Triumphant… Stupefyingly bold… Euphoria’s intoxicating blend of striking music, visuals, and supercharged feeling makes for a dream-like watch… Zendaya is at a career-best with a performance so dazzling they might as well engrave her trophies now… An electrifying ride you won’t want to wait for.”

In addition to her 2020 Emmy for Outstanding Lead Actress in a Drama Series (which saw her breaking the record for the youngest ever actress to scoop the title), Zendaya also won the 2019 People’s Choice Award for Favorite Drama TV Star and a 2020 Black Reel Award for the role.

Euphoria also won 2020 Emmys for Outstanding Original Music and Lyrics and for Contemporary Makeup, while the two-part special bridging the pandemic-enforced gap between seasons was nominated for a Peabody Award and three 2021 Emmys, for Cinematography, Make-up and Costume.

They’ve all been super careful to avoid spoilers of any kind ahead of the season 2 launch, with most interviews devolving into a series of awkward “um”s as they dodged reveals of any kind. But we do know that there’s at least one love triangle on the cards this season, with singer-songwriter Dominic Fike coming in to further complicate things for Rue and Jules.

The news initially upset both fans and the cast: “When Sam (Levinson) first kind of talked about the idea of this Elliot character, I wasn’t feeling it — as someone who ships ‘Rules’ to the bitter end,” Zendaya told Variety. “But, in retrospect, and also as someone who understands where the show needs to go and what needs to happen for these characters, it’s crucial that Elliot exist… [he’s] the catalyst for a lot of things that just have to happen.”

Which probably means, for those of us who’ve been hoping against all common sense for a magical happy ending for Rue and Jules, that there’s a rough rollercoaster of a season ahead.

“While they are getting thrown back into the same spaces at the same parties, and reintroducing themselves to each other …, not everything that they were dealing with in season 1 is resolved by any means,” Hunter told extratv. “They were emotionally elusive to each other in season 1 and I think that, until it’s directly addressed between the two and they actually talk about their f***ing relationship, it’s probably going to stick around for a little bit. Which is… sticky, and tough.”

“No matter how hard life was, it got harder, and more complicated,” Rue warned us in a recent TV spot for season 2.

“But that’s something that she has to find and learn on her own, no matter how painful it is to have to watch her deal with. But I do want to maintain this sense of hope for her and for her future and for the things that she deserves in her life. She is worthy of a beautiful, beautiful future; I think she just has to feel that.”