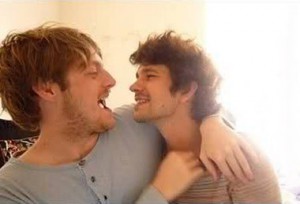 The actor who played the iconic role of Q in the last James Bond film Skyfall has confirmed that he is gay and ‘married’ to his male partner.

On Friday, a representative for British star Ben Whishaw (32), who also appeared in the films Brideshead Revisited (2008) and Cloud Atlas (2012), confirmed that he had entered into a civil partnership with Australian composer Mark Bradshaw (30), in Sydney last August.

“Ben has never hidden his sexuality, but like many actors he prefers not to discuss his family or life outside of his work,” the publicist said in a statement.

“Due to speculation, I can confirm that Ben and Mark entered into a civil partnership in August 2012,” he said, adding: “They were proud to do so and are very happy.”

According to the Daily Mail, the couple met on the set of Jane Campion’s 2009 film Bright Star, in which Whishaw starred and for which Bradshaw composed the score.

In 2011, Whishaw suggested that he was gay in an interview with Out magazine when he was asked about the importance of gay role models.

“I feel in my heart that it’s important, but I don’t quite know yet the way to go about that,” said the actor. “Maybe that’s the transitional thing I feel I’m in the middle of at the moment.”

Whishaw previously emphasised the importance of keeping his personal life private, in an interview while promoting Skyfall last year.

“As an actor, your job is to persuade people that you’re someone else. So if you’re constantly telling people about yourself, I think you’re shooting yourself in the foot,” he said.