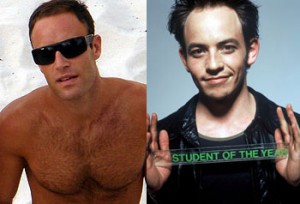 While the two men who attacked and hijacked Brett Goldin and Richard Bloom, which led to their deaths, will remain in jail for now, the victims’ families face yet more uncertainty.

Jade Wyngaard and Nurshad Davids’ parole hearing, set for last week, has been postponed until December.

This means that Goldin and Bloom’s loved ones will have to once again deal with the possibility of the men’s release in a few months time.

“Every time the parole situation comes up it affects all of our lives so badly,” Goldin’s mother Denise told EWN.

“It’s a bit of a disappointment that there isn’t a final decision but if the parole board sees fit to do this we just have to accept and go along with it.”

In April 2006, the naked bodies of Goldin (28), a popular actor, and clothing designer Bloom (27) were found in Mowbray, Cape Town. The two men, who were openly gay, had been shot in the head.

The victims’ families have had to repeatedly relive the horror of the murders thanks to three previous parole hearings in which Davids and Wyngaard were allowed to apply to be released.

The Correctional Services Act requires that they appear once a year before the parole board as standard procedure. In addition, thanks to President Zuma’s presidential amnesty last year, the men have also had six months shaved off their sentence.

If Davids and Wyngaard are released in December they would have served around half their original sentence.