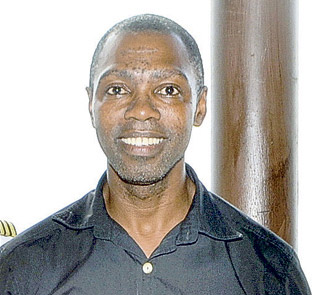 Following the recent killing of a trans teen in Jamaica comes a report of another possibly homophobic murder, this time of a 41-year-old gay man.

Local media reported that the body of openly gay Dean Moriah, wrapped only in a towel, was found on Tuesday in Montego Bay outside of his burning home.

Moriah was a well known and popular entertainment co-ordinator for hotels in the area.

It is believed that he was stabbed and the house was set on fire while he was inside it. It appears that he crawled out onto the yard before succumbing to his injuries.

His car was reported as stolen. Neither the motive for the murder nor the identity of his attacker or attackers is known.

Jamaican blogger Dwayne Brown wrote: “Dean worked in the Tourism industry in Jamaica for almost his entire life to welcome and entertain visitors/tourists. The country and its economy which he helps to build, killed him. Homophobia killed him! Hate killed him!”

Jamaica has in recent months lived up to its reputation as a deeply homophobic country.

In July, 17-year-old Dwayne Jones was attacked by a crowd at a party in the same area of Jamaica after partygoers “discovered” that she was not biologically female.

She was stabbed, shot and chopped to death by the mob.

On Monday, it was also reported that two men in Old Harbour in southern Jamaica, had to seek refuge in a police station following a minor traffic accident when they were attacked by a mob who believed that the men are gay.

They “had to beat a hasty retreat when angry residents said that they appeared to be homosexuals,” explained a journalist in a television news bulletin (see below).

The mob lingered outside the police station baying for the men’s blood. They had to be escorted to safety by police.

According to Erasing 76 Crimes, there have been at least four other anti-gay attacks this month alone in Jamaica.

Same-sex sex is illegal in Jamaica and is punishable by up to 10 years in jail.

Before she took office last year, Prime Minister Portia Simpson-Miller said that she opposed discrimination against LGBT people and indicated a willingness to review the country’s criminalisation of homosexuality, but has since taken no action.