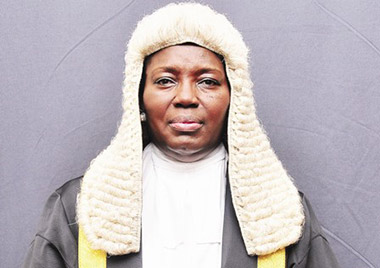 It’s been claimed that Uganda’s Speaker of Parliament, Rebecca Kadaga, conspired with anti-gay MPs to pass the Anti-Homosexuality Bill on Friday.

The Observer reported that Kadaga refused to stop a vote on the bill, originally introduced in 2009, despite protests by Prime Minister Amama Mbabazi that there were not enough lawmakers in attendance.

It’s also been claimed that a plan to vote on the bill was kept secret with even the government being in the dark that it would be debated.

“I was not aware that this bill was on the order paper; we have a few issues on which we are consulting… we would not want to have it pass without quorum,” Mbabazi told the House.

Kadaga responded: “I think there was an opportunity to consult on this bill for so many years. The next chance will come at the time of (Presidential) assent; for us let us do our work.”

Towards the end of 2012, Kadaga said she would ensure that the bill would be passed as a “Christmas present” to Ugandans, but this failed to happen. Last week she finally managed to fulfill her promise.

Adding further credence to suggestions of a ‘conspiracy’ by conservative lawmakers to pass the bill, its author, David Bahati, was quoted as using the same language Kadaga used in 2012.

“This is the perfect Christmas gift we could give Ugandans,” Bahati told journalists.

He added: “I want to thank the speaker for her courage that led to the passing of this bill.”

He also confirmed to the Observer that the bill had purposefully not been included in that day’s order paper of bills to be debated.

There are reports that Kadaga has political ambitions beyond being speaker and her anti-gay views appear to have been met with popular support. She has also craftily linked opposition to the bill with a populist anti-colonial stance.

Speaking at the 127th Inter-Parliamentary Union Assembly in Canada last year, Kadaga lashed out at international critics of the proposed law.

“If homosexuality is a value for the people of Canada they should not seek to force Uganda to embrace it. We are not a colony or a protectorate of Canada,” she said.

On her return to Uganda, Kadaga was met by hundreds of supporters of her anti-gay views.

In September, despite her backing the oppression of gays and lesbians in her country, she was elected chairperson of the Commonwealth Women Parliamentarians (CWP). According to reports, she was nominated to the post by South Africa.

It is unclear if the bill will be signed into law by President Yoweri Museveni in the face of international criticism. Sexual Minorities Uganda (SMUG) called on Museveni “not to sign this bill into law so as to prevent its dire effects on human rights work and HIV/AIDS progress in Uganda”.

However, even if the president were to reject it, Parliament – with enough support from MPs – could still make the bill law.

In addition, anyone who “aids, abets [or] counsels” any gay person and anyone who rents a home or room to a gay person could also be sentenced to seven years in jail.

The bill further includes criminal penalties of three to seven years in prison for anyone who fails to turn over gay people to the police or anyone who “promotes” homosexuality.

There are reports that a new clause has been added to the bill which will also impose life imprisonment on anyone who conducts a gay marriage.

Frank Mugisha, the Executive Director of SMUG, said: “I’m outraged and disappointed that the Uganda parliament has acted in a very ignorant and irrational way. We shall fight this legislation TO THE END.”