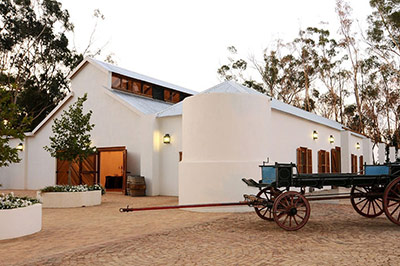 Our story on the refusal of a Western Cape wedding venue to host gay and lesbian marriage ceremonies has taken on a somewhat disturbing life of its own.

On Wednesday, we recounted engaged couple Leanne Brown-Waterson and her partner Christelle’s experience of being rejected by the Kilcairn farm wedding venue in the Riebeek Valley, near Wellington.

The venue manager, Cara King, was told by the farm’s owner that he’s “not willing to host same-sex marriages” on the premises.

Since then, the article has since been shared hundreds of times on social media and the Facebook post alone has been viewed by 28,000 people.

It has also apparently inspired some to take matters into their own hands and to campaign against the Kilcairn venue; posting angry comments on the venue’s Facebook page and on Twitter. The response clearly overwhelmed Kilcairn and the pages have been taken down.

While the response has rightly highlighted the reality of everyday discrimination in South Africa, Brown-Waterson has contacted Mambaonline with concerns about the reaction to the story.

“People have completely lost focus of what the intention behind the article was,” Brown-Waterson said.

She revealed that a number of parties she insists are innocent have been unfairly targeted, including caterers Two Food Fundies, who have provided their services at Kilcairn, and the venue manager Cara King.

“Two Food Fundies are a small stand-alone business that cater for wedding venues, corporates, once-of events and so on, while Cara rents the function venue from the owners of Kilcairn, and has to abide by the owners’ terms and conditions.

“Both parties are receiving hate mail, threats via correspondence and telephone, and are being asked to explain themselves to the public. Both are innocent parties, and being lambasted by the public in itself is a criminal act,” argued Brown-Waterson.

She added that, “Two Food Fundies are in fact the heroes in all of this as they stepped up after the owners of Kilcairn let us down. It was Two Food Fundies which found us another venue; they are catering for us at our wedding and they are assisting us with the décor. I can only sing their praises and the public need to know this.

“There are ways and means of dealing with issues, but sending hate mail is not one of them. The boundaries are being blurred, people have lost focus and all the publicity is having a negative effect on all innocent parties. All parties are losing business, all are in an emotional state, including us,” said Brown-Waterson.

Benitha Nel, the owner of Two Food Fundies, who is completely independent from Kilcairn, told Mambaonline that she has been inundated with hateful messages. “I couldn’t sleep last night,” she said. “I’ve worked so hard for three years to build my business and now it’s being destroyed.” She explained that she would never discriminate against gay and lesbian couples.

Mambaonline was also contacted by a concerned Cape Town based wedding planner who shares the same first name as Cara King. She said that she too has “been blasted by people” and received angry emails from those who assumed that she was the same person.

Brown-Waterson has urged anyone who has targeted these parties to offer an apology and post this on social media sites.

“These developments were not the intention of the article and had this been the case I would not have volunteered to divulge what happened. I am embarrassed and completely saddened by people’s choice of actions,” she added.