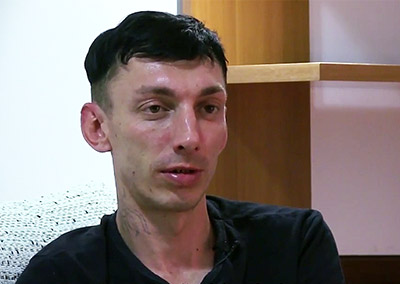 Gay activists in the Asian nation of Kyrgyzstan are calling for international support as a proposed Putin-style anti-gay law is set to limit the rights of LGBT people.

The “gay propaganda” bill is similar to the one passed in Russia last year, which has been used to restrict press freedom and music concerts, to ban gay Pride events and protests and has led to an increase in violence against LGBT people.

The Kyrgyzstan bill has been approved by Parliament’s human rights committee and could be voted on as soon as the end of the month.

It is believed that in the midst of efforts by the former Soviet republic to strengthen ties with Russia, the bill will be passed by lawmakers.

According to Erasing 76 Crimes, activists say that the proposed law will not only impact the LGBT community but is “one of many other anti-human rights legislative initiatives that contribute to a shrinking space for civil society.”

They claim that the bill “is part of a legislative package imported from Putin’s Russia” and warn of “pressure and intrusion by Russia into the political life of Kyrgyzstan and the possible threat to independence of the country.”

The activists have called for international campaigns against the law, for donors to review their programs in Kyrgyzstan, and for sanctions against homophobic lawmakers.

They have also urged multinational corporations in Kyrgyzstan to speak out against the bill and to express concern for the safety of their LGBT employees.

Those found guilty of “creating a positive attitude toward non-traditional sexual relations” will face up to six months in prison and a fine. For anyone guilty of doing so among minors, or who is a repeat offender, the prison term could be as long as a year.

“The government of Kyrgyzstan should protect its LGBT citizens from violence and discrimination, not limit their right to speak about their lives and the violations they experience,” said Hugh Williamson, Europe and Central Asia director at Human Rights Watch in March. “Attempting to exclude LGBT people as ‘nontraditional’ is cynical and dangerous, and tries to make them less than human.”

Although consensual sex between men was decriminalised in Kyrgyzstan in 1998, a January 2014 report claimed that police continue to target gay and bisexual men with physical, sexual, and psychological violence, arbitrary detention, and extortion under the threat of violence or of exposing victims’ sexual orientation.