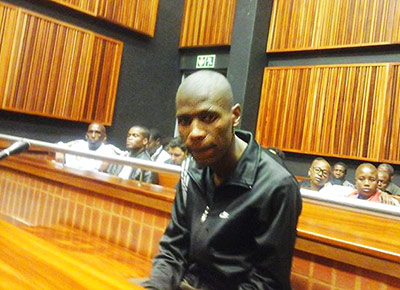 The man accused of murdering and raping 26-year-old openly lesbian Duduzile Zozo with a toilet brush has finally been convicted of the horrific crime.

On Tuesday, Lekgoa Lesley Motleleng pleaded guilty in the Palm Ridge Magistrate’s Court to both charges of rape and murder of the young woman last year.

The prosecution described in court how the 23-year-old killed Zozo after she refused his advances and how she fought back and scratched him when he attacked her.

After she drew her last breath, Motleleng went to a toilet where he took a toilet brush and returned to the scene of the crime to brutally shove it in her anus, thinking it was her vagina.

Zozo’s body was found in Thokoza, outside of Johannesburg, on Sunday 30 June. Motleleng knew Zozo and her family, was aware she was a lesbian and even attended a vigil in her honour before he was arrested.

As part of a sentencing agreement, he received 25 years in prison for murder and 25 years for rape. 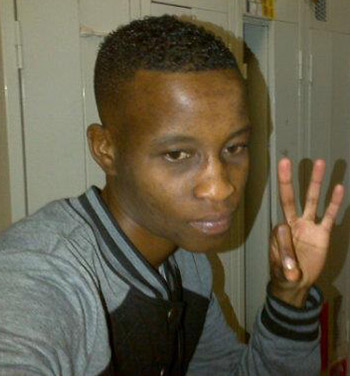 According to the Forum for the Empowerment of Women (FEW), 20 years of the rape sentence will run concurrently with the 25 years of the murder, giving him a total prison sentence of 30 years.

Judge Tshifiwa Maumela expressed hope that criminals who aimed to “correct” lesbians would realise that members of the LGBTI community simply want to live their lives freely and to enjoy the same rights as everyone else.

FEW’s Dikeledi Sibanda said that although the group had hoped for a life sentence, it still viewed the result of the trial as “a victory,” particularly as it came at the start of the 16 Days of Activism against Gender Based Violence campaign.

Sibanda also applauded the court for recognising that Zozo’s “sexual orientation was a factor and played a role in her death.”