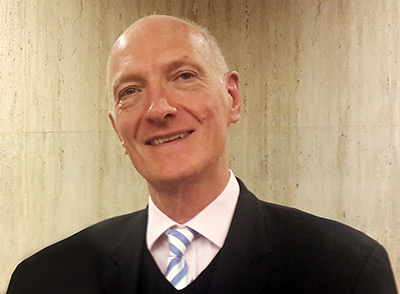 Constitutional Court Judge Edwin Cameron says that increased visibility of LGBT people is the key to ensuring equality in Africa.

Justice Cameron made the statement at a rousing talk and discussion last week at Wits University in which he spoke about his own coming out as well as his thoughts on the state of LGBT equality on the continent.

It was attended by students, academics, and local and international LGBT activists from the USA and Kenya.

Cameron told the audience that when he came out in 1982, “I pledged to never again apologise for who I was.”

He acknowledged that activists in Africa today still operate under challenging circumstances and many find it hard to come out.

“We are in a difficult position in Africa. We have a long, long way to go,” he said. “We have been victims of a multi-millennial persecution – being seen as immoral, corrupt, evil, sick and a risk to children.”

Cameron said that changing the status of LGBT people in Africa, where 38 countries still criminalise homosexuality, is made difficult by to two key issues.

The first is that a person’s sexuality is deeply personal and by coming out we reveal to the world intimate aspects about our “sexual functioning”. He and others at the talk acknowledged that this is especially challenging in African societies where sexuality in general is often a taboo.

The second difficulty, said Cameron, is that “we are invisible. Yet we are in every family, household, congregation, township and community in South Africa.”

By coming out “we challenge the entrenched patriarchal norms – the way men have related to each other and power through masculinity,” he said.

Cameron honoured a number of African figures who have made a significant impact by being open about their sexuality. This included the late LGBT icon Simon Nkoli, a struggle hero who was openly and unapologetically gay and played a vital role in ensuring that sexual orientation protection was included in the Constitution.

He also mentioned Malawian couple Steven Monjeza and Tiwonge Chimbalanga who were sentenced to 14 years in prison on homosexuality charges in 2010. He explained that they brought the issue of same-sex love to homes across the continent for the first time. Their case made international headlines and the two were released after intervention from UN Secretary-General Ban Ki-moon.

The judge said that while it remains “an uphill struggle” there is optimism when it comes to African LGBT equality, describing the recent decriminalising of homosexuality in Mozambique as a landmark event. He also insisted that progress towards equality for LGBT people in Africa is now “unstoppable” and “irreversible.”

“We have come a long way… Many are standing up in Africa and saying, ‘we are gay, we are black, and we are African’. As we become visible across Africa, so people will start accepting us more.”

Citing a similar call by the late openly gay American politician Harvey Milk, he urged LGBT people to come out as much as possible.

“We must become visible where we can. Visibility is pivotal to our struggle in South Africa [and Africa],” insisted Justice Cameron.