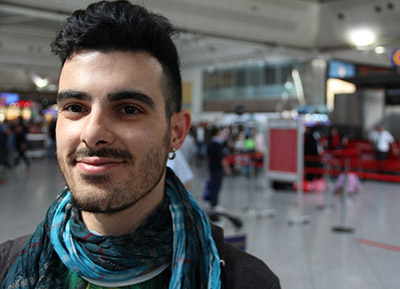 The UN Security Council has for the first time addressed LGBT issues as two gay men recounted their abuse at the hands of Isis.

On Monday, Security Council member states were briefed on the horrific violence faced by LGBT people in ISIS-held areas of Iraq and Syria.

It was revealed that Isis claims to have brutally executed at least 30 men for “sodomy” in the last year.

During the informal and confidential Security Council session, two men targeted by Isis, one from Iraq and another from Syria, shared their experiences with the council members.

One of the men spoke by phone to keep his identity unknown, because of security concerns, but Syrian refugee Subhi Nahas addressed the council in person.

In a copy of his speech posted online, he revealed that his ordeal began in 2012 when he became a target of the Syrian government’s oppression of LGBT people, who were deemed to be “dissidents”.

“Soldiers stopped the bus I was riding to university. They took us to a secluded house where they assaulted us. They noticed my effeminacy and they mocked me, calling me faggot, sissy, and other profanities unworthy of this chamber… Miraculously, I was released.”

Things got worse when the Al Qaida branch, Jabhat Al Nusra, took over the city in October 2012 and then Isis took control in 2014. Violent attacks on suspected LGBT people increased, as Isis released appalling images of their killings to the world.

“At the executions, hundreds of townspeople, including children, cheered jubilantly as at a wedding. If a victim did not die after being hurled off a building, the townspeople stoned him to death. This was to be my fate too,” Nahas told the council.

He explained that, “I was terrified to go out. Nor was my home safe, as my father, who suspiciously monitored my every move, had learned I was gay. I bear a scar on my chin as a token of his rage.”

Nahas finally fled Syria, was recently settled in the US and now works for the Organisation for Refuge, Asylum and Migration (Oram).

“I have witnessed with my own eyes the annihilation of civility and humanity as I knew them,” said Nahas. “For millions of Syrians both in and outside the country, time is running out. For my compatriots who do not conform to gender and sexual norms, the eleventh hour has already passed. They need your help now.”

“The heart of my message today is this: the international community must understand anti-LGBTI persecution as a component of how Isis treats those it labels as ‘impure.’ We must recognise that these threats exist on a continuum of violence and discrimination before, during, and after conflict,” said Stern.

She called on the UN High Commissioner for Refugees and individual governments to act to assist individuals, including LGBT people, who are most in need of relocation. She recommended the creation of safe houses in Iraq and also urged donor countries to support initiatives supporting psychosocial help for vulnerable individuals.

“This is the first time in history that the council has held a meeting on the victimisation of LGBT persons,” said Power at the UN. “It is the first time we are saying, in a single voice, that it is wrong to target people because of their sexual orientation and gender identity. It is a historic step. And it is, as we all know, long overdue.”

Some, however, are critical of the meeting and its outcomes. Writing on his A Paper Bird blog, activist Scott Long questioned “the wisdom of letting the US and the Security Council set themselves up now as standard-bearers against these atrocities.”

He also stated that, “at best, the meeting will be useless. It’ll lead to that indolent repletion where people feel they’ve acted when they’ve actually done nothing.” 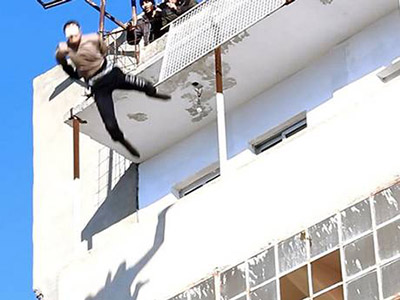 This man was pushed off a building by Isis militants in March for being gay and then stoned to death after he survived the fall.

He argued that by pointlessly creating more publicity about the executions, which are openly used as recruitment and ideological propaganda by Isis, the meeting could actually lead to more killings.

Long added that, “Discussions aren’t ‘historic.’ Change is. It’s cruel to LGBT people whose lives are at risk to celebrate so gushingly a discussion that has little chance of leading to change.”

Thirteen members of the current Security Council were present at Monday’s meeting, only Chad and Angola did not attend.

Since June 2014, Isis has proudly posted images and videos of dozens of brutal public killings of gay people in Iraq and Syria by stoning, beheading or by throwing them off rooftops.

It’s been claimed that undercover Isis members set up ‘dates’ with gay men in order to lure, capture and execute them.

In addition to the LGBT executions, there have also been reports, images and videos of the stoning of women convicted of adultery, and numerous accounts of people executed by Isis militias because of their religious or political affiliation.

Despite military efforts by both Middle East and Western governments the world appears impotent in stopping Isis and its savage brutality.