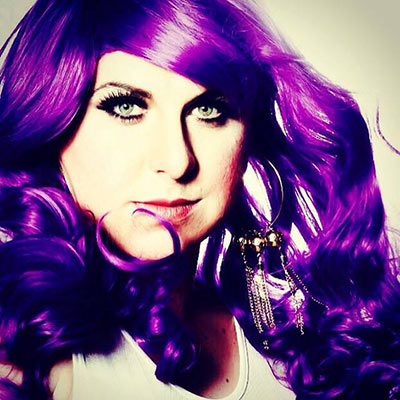 Drag diva Shenay O’Brien made history after she sang her way into the women’s top 16 in this year’s Idols South Africa contest.

While she didn’t make it to the top 10, it’s safe to say that Shenay left a lasting impression on the public, thanks to her powerful voice and gender role playing on national television.

She’s performed by Joburger Thiart Li, who doesn’t identify as transgender and is proud to embrace the label of “drag queen.”

Shenay and Thiart spoke to us about their Idols experience and how the public responded to their time in the spotlight.

Tell us a little about Thiart. Is performing your full time job?

Thiart is a 25-year-old full time performer and entertainer in the industry. I have done many theatre shows – Ester die Musical, Shrek Jr the Musical and Pygmalion to name a few. Performing is my one true passion and love. Although I’ve many times considered leaving the industry to find more stability – I just can’t seem to let it go!

Do you identify as a member of the LGBT community?

I’m very open about my sexuality, but this doesn’t define me as a person and a performer. I am gay, but I’m very private when it comes to my personal life. I support the LGBT community and all they try to do for human rights and equality. We all are human at the end of the day. There’s a lot more to us than sexual orientation, and that needs to be noticed.

How long ago was Shenay born?

Shenay was created way back in 2009 as a form of expressing myself; never thinking that it would get to this point. I’ve always been fascinated by female clothing and thought I’d experiment a bit. Although my first time was very uncomfortable, it made me realise how different we all are, and opened my eyes to our diverse nation. I honestly don’t know how the name came about, but the surname was derived from Richard O’Brien, the writer of the Rocky Horror Show.

And how would you describe Shenay? What kind of woman is she?

[Laughs] this is quite a tricky one. She’s very headstrong, determined, fabulous, outspoken, dramatic and flamboyant! She has a crazy obsession with glitter and anything that sparkles. She’s down to earth, approachable, lovable, friendly and always willing to listen. A performer extraordinaire, and I mean, she LOVES the stage! Other than that, she’s your typical girl next door. Only difference is she’s always in sky high heels.

Why did you enter Idols as your drag persona?

I’ve entered Idols twice previously as Thiart and didn’t even make it past the first prelim rounds. This year I decided to take a chance, and see what happens. I honestly didn’t think that they would allow an elaborate character such as Shenay on the show, but I’m so grateful they did; I think it’s made a huge impact on how we perceive people.

Do you prefer to perform as Shenay rather than as Thiart?

I love performing both as Thiart and Shenay. I think it’s a completely different experience as both of us are different when we perform. Thiart will be taking a back seat now, as I feel its Shenay’s time to shine. There’s a lot she can offer South Africa. Thiart will be there in spirit of course! 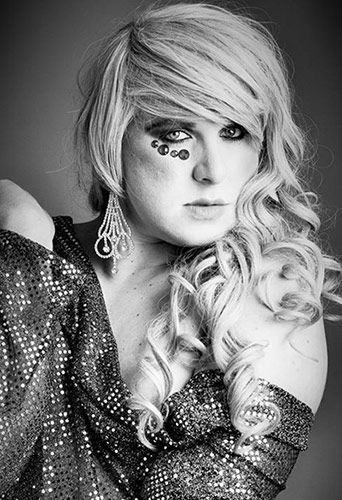 Do you have any other drag characters?

Shenay is the only character. And, believe me, she’s more than enough. Plus I don’t think my bank balance could handle another persona or two. Shenay has quite unique taste in clothing and jewellery and shakes and rattles my account more often than she should.

Not many drag performers sing live. Do you think that helps you stand out?

Absolutely! I’ve been blessed with a voice, and for me it would be a waste to not use it and share it. It also gives you the opportunity to make a song your own, rather than miming and mimicking what someone has already recorded.

Seeing as you don’t identify as transgender, how would you respond to criticism that you shouldn’t have been included with the girls on Idols?

Everyone is entitled to their own opinions. For me, Shenay is a female character, and the Idols producers respected that. Thus being placed with the female contestants was an obvious choice. I never said that I’m female, but Shenay O’Brien is. From the first audition viewers were aware that I’m a drag queen.

Do you think that being with the girls gave you any kind of advantage?

Not at all! All the contestants were vocally strong, but to say that I had an advantage by being placed with the girls would be wrong.

How would you respond to the view that drag is offensive to women because it “mocks” women?

I’ve never been confronted with the idea that I mock woman. Shenay is an elegant, dazzling female and respects her fellow females. I have full understanding of what woman go through on a daily basis – the effort to look good and presentable all the time. The heels, the uncomfortable bras etc. If anything, I have so much MORE respect for woman. Drag has been around for ages, since even Shakespearean times. It’s merely to entertain, nothing more, nothing less.

Are you happy with the way you were portrayed on the show by the producers?

Yes, they took the time to get to understand the whole concept of drag, being that it was a first on their show. They treated me with respect and kindness, and if I was uncomfortable with anything, they respected my opinions.

How did the other contestants react to Shenay?

For a lot of the contestants it was the first time they’d ever encountered a drag queen, so it was quite an awkward affair, with a lot of questions. After understanding the concept, we were all at ease. Respect was the mutual word. Even though they didn’t fully grasp or understand why I was doing it, they tried and that was all I could have asked for. I had a better bond with the girls than the boys, purely because we did more activities together.

What kind of response did you get from the general public?

The response has been overwhelming, and I can honestly say it’s been more positive than negative. There was the odd comment or two, but I don’t blame people. We fear what we don’t understand, but hopefully now after Idols they understand a little bit better.

And what about the LGBT community?

The LGBT community has really come out in their numbers and shown their support. I’m overwhelmed! I think for them it was a big deal being represented on such an amazing platform, and to put emphasis on the “different”. Even though it wasn’t my main intention to promote the LGBT, I’m glad that it’s gone that way.

Are you happy with how far you got in the competition? Were you hindered from going further because of performing in drag?

I am indeed. Top 16 is a huge achievement and for someone who is “different” I think I’ve accomplished a lot. I don’t think it hindered me per say being in drag, I think my last performance was the final deciding factor. There were other contestants who were vocally stronger than me and gave better performances and based on that I think it was time for me to venture on. 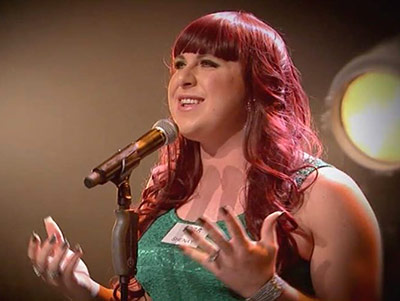 Do you think you broke new ground?

Absolutely! I made history by becoming the first drag queen to EVER get through to the voting rounds. I will forever be the first and no one can take that away from me. I feel I’ve drawn attention to the LGBT community and that people should not judge a book by its cover. I also think I’ve opened the door for people to finally express who they are, and not to be afraid of society and what they might say. I’ve opened that can of beans – figuratively speaking – on national TV.

What were the worst and best aspects of being on Idols?

For me, there wasn’t a worst part. I’m grateful for every minute I got to spend on the Idols SA production. I’ve learnt so much, and met amazing individuals, and wouldn’t trade it for anything in the world. The best part was to be on stage, performing for South Africa, and the thrill of singing with the amazing band. I’ve had the time of my life!

Would you do it again?

I won’t be entering Idols again. I’ve learned a lot from this experience and wouldn’t compromise it. I want this one to be the one I remember for the rest of my life.