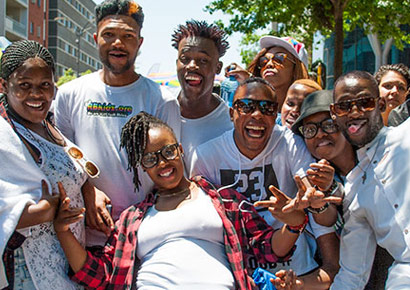 The World Psychiatric Association (WPA) has unequivocally stated that trying to “cure” LGBT people doesn’t work and is both dangerous and unethical.

The organisation has issued a new position statement on gender identity and same-sex orientation, attraction, and behaviours in an effort to provide clarity on these issues.

The WPA said that it “considers sexual orientation to be innate and determined by biological, psychological, developmental, and social factors.”

The association, which estimates that 250 million individuals around the globe are LGBT, considers “same-sex attraction, orientation, and behaviour as normal variants of human sexuality.”

Notably, in a blow to those who believe that homosexuality is a “Western” import to Africa, it further confirmed “the universality of same-sex expression, across cultures.”

According to the WGA, LGBT people “show higher than expected rates of psychiatric disorders” but said this is because of “the social stigma and consequent discrimination” they face.

“Once their rights and equality are recognised these rates start to drop,” said the organisation.

The WPA went on to state: “There is no sound scientific evidence that innate sexual orientation can be changed. Furthermore, so-called treatments of homosexuality can create a setting in which prejudice and discrimination flourish, and they can be potentially harmful.

“The provision of any intervention purporting to ‘treat’ something that is not a disorder is wholly unethical,” it added.

The WPA concluded by affirming “the need to de-criminalise same–sex sexual orientation and behaviour and transgender gender identity.”

The WPA is an international association of national psychiatric societies. Its member societies span 118 countries and represent more than 200,000 psychiatrists.

Conversion or reparative therapy, which falsely claims to change a person’s sexual orientation or gender identity, has been widely denounced by mainstream medical and mental health association in many other countries.

Laws or measures restricting conversion therapy among minors have been approved in a number of US states or regions, including California; New Jersey; New York; the District of Columbia; Oregon; Illinois; and the city of Cincinnati, Ohio.

While the South African Society of Psychiatrists has rejected the practice of conversion therapy, it remains legal and has been practised in South Africa.