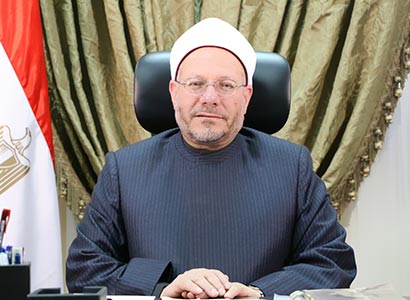 A leading Egyptian religious leader, Grand Mufti Shawki Allam, has condemned the Orlando massacre and other attacks against gays and lesbians.

In an interview with the German publication Süddeutsche Zeitung, Allam described homosexuality as a “religious sin” but noted that this belief is not unique to Islam.

“The Pope of the [Christian] Coptic Church in Egypt has quoted the Bible and condemned homosexuality,” he pointed out.

Allam, however, differs from some extremist Islamic clerics who believe that homosexuality should be punished by death.

“Yes, it is religiously not allowed and not accepted practice in Islam. But that does not give anyone the right to hurt homosexuals or to take the law into their own hands,” said Allam.

He continued: “…even if we view homosexuality as a religious sin, that does not give anyone the freedom to injure another person in any way. Each person is equally inviolable. What happened in Orlando is totally unacceptable.”

He did not address the imprisonment of LGBT Egyptians in the interview. Allam, who is seen as a moderate, represents Sunni Mulsims, who make up the vast majority of Egypt’s population.

His office, a government agency, is charged with issuing religious legal opinions (fatwas). The Grand Mufti is also responsible for reviewing all death sentences in Egypt.

Homosexuality is not specifically outlawed in Egypt but gay people are often targeted and jailed through immorality or public indecency laws. The authorities have been accused of using social media, including dating apps, to track down and arrest gay men.

Some fundamentalist Islamic groups, such as Isis, as well as some extremist clerics are proponents of a radical interpretation of sharia religious law which allows for the execution of people for “morality” crimes, including adultery and homosexuality.

Isis welcomed the Orlando massacre and shooter Omar Mateen reportedly pledged his allegiance to the group in a call to 911. (It is important to note that some radical Christians, such as American pastor Steven Anderson, also call for the execution of gay people.)