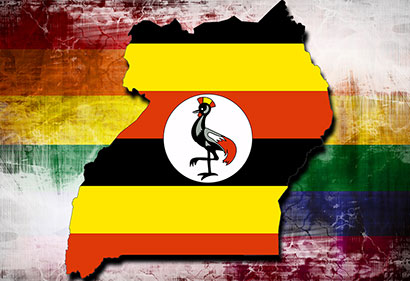 The Constitutional Court of Uganda has scrapped a section of the law that blocked LGBT people from fighting against discrimination.

On Thursday, the court ruled that a blatantly unjust provision in the Equal Opportunities Commission Act was unconstitutional.

The provision effectively barred the commission from investigating “any matter involving behaviour which is considered to be immoral and socially harmful, or unacceptable by the majority of the cultural and social communities in Uganda”.

This meant that LGBT people had not been able to make use of the commission to seek redress against any discrimination they suffered on the basis of sexual orientation and gender identity.

The court, however, agreed with the petitioner, Human Rights Awareness and Promotion Forum (HRAPF) Executive Director Adrian Jjuuko, that the section breaches the right to a fair hearing and as well as the rights of minorities, as guaranteed in the constitution.

The court ruled that any law that stops a group of people from being heard in regard to a violation of their rights and does not create an alternative forum to hear them out breaches the right to a fair hearing. The court held that this limitation is not acceptable and not justifiable in a free and democratic society.

The court further made a ruling that could have significant additional implications for LGBT people. It stated that Uganda’s Parliament cannot create a class of “social misfits who are referred to as immoral, harmful and unacceptable” and cannot legislate the discrimination of such persons.

HRAPF said in a statement that, “This is powerful and instructive even as far as criminalising consensual same-sex relations and sex work” in Uganda.

Colonial-era legislation criminalising gay sex allows the courts to imprison anyone found guilty of homosexuality for life. The latest ruling could open the way for activists to challenge this as unconstitutional.

The court’s decision is another major victory for HRAPF and Jjuuko. In 2014, the group succeeded in having the Anti-Homosexuality Act repealed, also by Uganda’s Constitutional Court.

“Because of their work, all Ugandans should now be able to bring cases of discrimination – against their employers who fired or harassed them, or landlords who kicked them out of their homes – and finally receive a fair hearing before the commission,” she said.