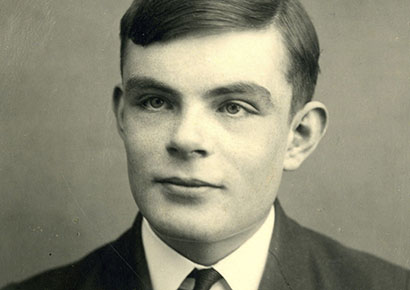 As it moves to pardon gay men who were prosecuted in the past, the British government has officially apologised for their criminalisation.

On Tuesday, a bill to pardon and clear the criminal records of gay and bisexual men who were convicted of consensual homosexuality was passed unopposed by the lower house of Parliament.

The amendment to the Policing and Crime Bill, dubbed “Turing’s Law”, was proposed by Liberal Democrat peer Lord Sharkey and will impact 65,000 men, including 15,000 who are still alive.

Brandon Lewis, Minister of State at the Ministry of Justice, issued a formal apology to the victims.

“I want to take the opportunity to apologise unreservedly, on behalf of the Government, to all those men who will receive a pardon,” he said.

“The legislation under which they were convicted and cautioned was discriminatory and homophobic. I want to make sure that all who were criminalised in this way and had to suffer society’s opprobrium, and the many more who lived in fear of being so criminalised because they were being treated in a very different way from heterosexual couples, actually understand that we offer this full apology.

“Their treatment was entirely unfair. What happened to these men is a matter of the greatest regret, and it should be so to all of us. I am sure it is to Members across the House. For this, we are today deeply sorry,” said Lewis.

On Twitter, Justice Minister Sam Gyimah added that he was “delighted” that the bill had been passed. “Whilst we can never undo hurt caused, I am pleased justice will finally be served. I am deeply sorry that so many men died without being pardoned in this way.”

This bill is expected to come into law within weeks when it receives Royal Assent. Those affected who are alive will have to apply for the pardon, while those who have passed away will be pardoned posthumously.

Last year, some victims of the anti-gay laws expressed their disappointment with the idea of being given a pardon. “To accept a pardon means you accept that you were guilty. I was not guilty of anything. I was only guilty of being in the wrong place at the wrong time,” George Montague, who was convicted of gross indecency with a man in 1975, told BBC Newsnight.

The bill was named after Alan Turing, the mathematical genius and WWII codebreaker who committed suicide following his conviction for gross indecency. He was posthumously pardoned by the Queen in 2013.

Private homosexual acts between men over the age of 21 were legalised in 1967 in England and Wales, in 1980 in Scotland and in 1982 in Northern Ireland. The age of consent was only lowered to the heterosexual age of consent of 16 in 2000.