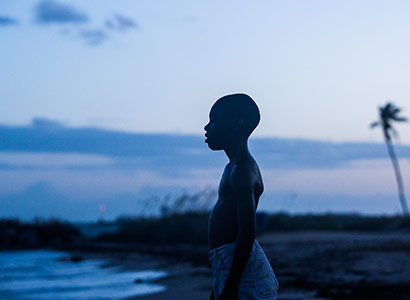 It’s among the most lauded films of the past year, with eight Oscar nominations under its belt. So, does Moonlight live up to the hype as a great queer film?

What most surprised me when watching Moonlight is discovering that what lies at its heart is a discreet, delicate love story.

It’s one that’s rarely told in mainstream cinema: gay, black and set in an environment of poverty, crime and dysfunction.

That uniqueness alone could make the film one worth seeing, but thankfully, it is also an exquisitely crafted piece of cinema.

Moonlight depicts the experiences of Miami native Chiron at three points in his life; as a child, a teenager and as a man (Alex Hibbert, Ashton Sanders, and Trevante Rhodes). A quiet and awkward boy he’s clearly different (read, gay) and the victim of constant schoolyard bullying.

Thing at home aren’t any better; His mother (Naomie Harris) is sliding further into the abyss of drug addiction. Ironically, his only support structure is a goodhearted drug dealer, Juan (Mahershala Ali), and his girlfriend (Janelle Monáe). His one on-and-off friend, Kevin, is struggling with his own issues. 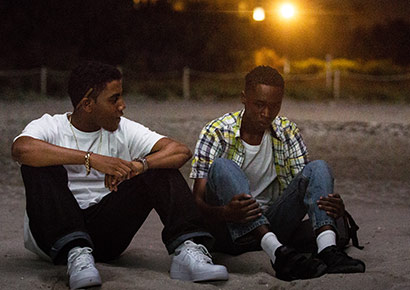 Moonlight powerfully explores how Chiron responds to this reality and how it intersects with race, sexuality, masculinity and identity in America.

In keeping with the shy and repressed personality of its main character, it is not a dialogue heavy film. It is full of silent moments; with the actors that play Chiron primarily expressing themselves through their eyes.

Moonlight is very much a visual, exquisitely visceral film; the crumbling and dangerous neighbourhood, bedevilled by drugs and crime, contrasted with the transcendental motifs of moonlight and water.

The performances are superb throughout. Chiron’s struggles and transformation in order to survive the hardships he faces are heartbreakingly conveyed by the three leads.

“You’ve got to decide who you want to be,” Juan tells a young Chiron. “You can’t let anybody make that decision for you.” Chiron’s story suggests, however, that often we become the people we’re forced to be.

Harris also stands out with her complex portrayal of the conflict between the need for the drugs that are consuming her and her love for her son. Their final confrontation is truly poignant. 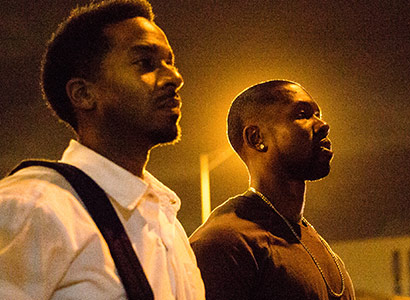 Moonlight was written and directed by a straight man, Barry Jenkins, based on a play by a gay man, playwright Tarell Alvin McCraney. While the men coincidentally shared many similar experiences, including growing up in the same Liberty City housing project as the fictional Chiron, they do not share a similar sexuality.

I couldn’t help but wonder if this may have played a part in the film lacking some final conviction when it comes to the love story it tells. I left the cinema expecting more of an emotional punch to its otherwise intimately rendered concluding scenes. That small disappointment, however, doesn’t diminish the film’s beauty and power .

Moonlight asks how something fragile, sensitive and unique, like Chiron, can be expected to flourish within a system that’s built on crushing those very traits. It is ultimately an affirmation of hope and humanity in the face of the most unforgiving odds.

Moonlight is now in cinemas across South Africa.