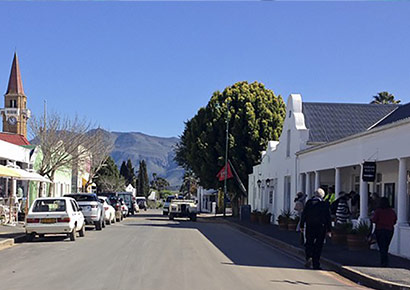 The Western Cape town of Stanford has condemned the Beloftebos wedding venue’s discriminatory policy of refusing to host same-sex weddings.

On Friday, the Stanford Association of Tourism and Business told its members that its Management Committee had decided “to suspend the membership of Beloftebos Wedding Venue, and remove all marketing of this wedding venue from our office and website immediately”.

Beloftebos made headlines this week after it informed Capetonian Alex Thorne and her partner Alex Lu that they could not marry at the venue. Owner Coia de Villiers confirmed to Thorne that, “we only host heterosexual marriages”.

She acknowledged “the potential harm done by the discriminatory practices of Beloftebos Wedding venue” and said the association is “committed to promoting Stanford and the Cape Whale Coast as an inclusive tourism destination, as this association has done for almost 20 years”.

Murray further called on its members “to be a part of the solution and to help us promote Stanford as a unique and inclusive destination”.

Meanwhile, Beloftebos itself has refused to directly comment on the controversy. De Villiers told Mambaonline in an email: “We are in the process of taking legal advice and have been advised not to do any media interviews until such time as we have consulted on the issue and the way forward.” The venue’s Facebook page is also no longer accessible.

However, speaking on behalf of the venue, anti-LGBT christian lobby group Freedom of Religion South Africa (Forsa), told Netwerk24: “The owners of Beloftebos are Christians who want to honour and be obedient to God in everything they do. This includes the way in which they run their business.”

Forsa Executive Director Michael Swain insisted that the owners do not hate gay people, but “it is their conscious before God which guides their venue policy and which prohibits them from holding any other weddings on their property.”

Constitutional and human rights experts, as well as the Equality Court, agree that business owners’ personal religious views are not an acceptable or legal basis on which to refuse to provide services to LGBT people.