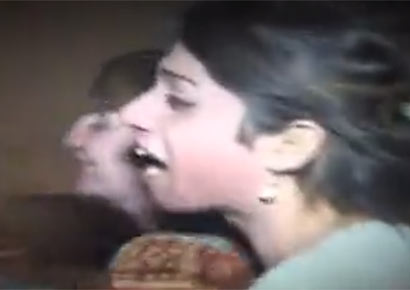 Gunmen have shot at a group of transgender women in Pakistan, killing one individual.

According to reports, the horror incident happened on Wednesday night when men in a vehicle, described as a four-wheel drive with tinted windows, harassed the women in the city of Karachi.

The attackers, who were apparently drunk, first threw eggs at the group and drove off before returning and firing at the women.

A victim, identified as Chanda Sharmeeli, was killed in the attack. “We ran from there but Chanda received gunshot wounds,” a victim told GEO.

Kami Sid, a transgender model, told Al Jazeera that the men had tried to force Sharmeeli into the car. “And as anyone who is being forced to do something, she [Sharmeeli] retaliated and was shot for it,” she said.

Sid believes that the men were from “important families”. “It’s time a lesson is learnt, people from big families can’t just get away with everything. This society may have found tolerance, but there is no acceptance for the transgender,” she said.

A video apparently filmed just after the murder shows some of the distraught and shocked women weeping and wailing in the street alongside a police vehicle.

In Pakistan, transgender people have a certain degree of acceptance in society but are often discriminated against. In 2012, the Supreme Court ruled that transgender people are entitled to the same rights as every other citizen, including the right of inheritance, but the reality is often much more bleak.

Known as hijras, transgender individuals may struggle to find employment and are often forced to make a living as entertainers or as sex workers. Last year, Human Rights Watch reported a surge in violent attacks on transgender women in the country’s Khyber Pakhtunkhwa province.

In one incident, a transgender woman who was shot three times in the abdomen when she resisted abduction and rape was turned away from a hospital. Nurses refused to admit her, saying they only had male and female wards. The district police also refused to register the case until transgender activists protested outside the hospital.