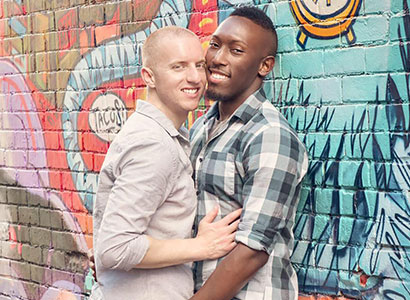 Bermuda’s LGBTQ community is in shock after lawmakers voted to reverse marriage equality on the Caribbean island.

Same-sex marriage was legalised in May after the Bermuda Supreme Court ruled that barring same-sex couples from marrying was discriminatory and in contravention of the country’s Human Rights Act.

While LGBTQ locals were jubilant at the time, their joy has been short-lived. Last week, the House of Assembly passed a bill to replace same-sex marriage with domestic partnerships.

The bill will allow those couples who have married within the last six months to stay married but in future same-sex relationships will only be registered as domestic partnerships.

It’s believed that the decision will see Bermuda become the first jurisdiction globally to have marriage equality rescinded.

Lawmakers argued that the bill will grant gay and lesbian couples the same rights as married couples while preserving the traditional definition of marriage as being between a man and a woman.

Shadow Home Affairs Minister Patricia Gordon-Pamplin, however, rejected the bill because it amounted to “having given a community something only to take it away”.

She added: “I don’t like to accept that it is OK for us to treat our sisters and brothers differently, whether fair or unfair, to treat them differently under similar circumstances.”

The legislation must still be passed by the Senate and be signed into law by the island’s Governor before it takes effect.

Both Bermuda’s Human Rights Commission and LGBTQ+ group Rainbow Alliance of Bermuda (RAoB) slammed the move as a “watered down” version of rights, leading to a separate but equal status under the law.

“Members of Bermuda’s LGBTQ+ community are entitled to the same rights and protections given to all citizens in Bermuda, including having their loving, committed relationships recognised both locally and internationally,” insisted RAoB.

Winston Godwin, who won the right to marry his partner Greg DeRoche in May through the Supreme Court, took to social media to express his disappointment at the development.

“It’s a shame that it has come to this after such a long fought battle on all our parts,” Godwin wrote. “We are truly sorry that this is the climate and reality we face.”

In June last year, 51% of Bermudians who voted in a referendum came out against legalising both same-sex unions and marriages. However, because only 46.89% of registered voters took part in the poll, the results were declared invalid.

Bermuda is a British Overseas Territory; it is internally self-governing but the UK is responsible for defence and foreign relations.

To The LGBTQ Community and it's Allies, Regardless of what happens in the coming hours, days and weeks, and despite what our Government says with its vote, you are loved. You are respected. You are worthy. It's a shame that it has come to this after such a long fought battle on all our parts. We are truly sorry that this is the climate and reality we face. Lastly, thank you! Thank you for everything YOU as a community have done and continue to do to push our country forward. None of this would have been possible without each and every one of you. While it is very likely marriage equality will be reversed, I think it is important to acknowledge how far we have come and what we have been able to achieve together. Because of each and everyone of you, we have been able to change the lives of 7 beautiful couples and we have shown Bermuda that love can win regardless whether or not "the country is ready for it". Moving forward lets not hang our heads in disappointed, but hold them high. Look what can be achieved when we work together and fight with LOVE, for LOVE. Winston and Greg