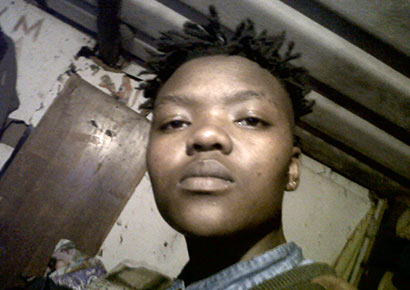 The new year has begun with another tragedy for South Africa’s LGBT community. A young openly lesbian woman in Strand has been murdered on New Year’s Day in a suspected hate crime.

Noxolo Mabona, known by many as Noxie, was stabbed to death during an altercation, allegedly related to her sexuality, at a party on the 1st of January.

Sharon Cox, Health & Support Services Manager at Triangle Project, rushed to the area on Tuesday, where she spoke to the police and the victim’s traumatised parents.

“There is little more awful than the searing cry of a mother calling out for her child, who someone decided had no right to live,” wrote Cox on Facebook.

According to reports, Noxie (23), who was known to be lesbian in the community, and a friend went to a neighbour in the early hours of the morning to celebrate the start of 2018.

At the party, the woman allegedly became the focus of anti-LGBT comments from one of the male guests. He is alleged to have told her to “stop this [lesbian] business” and that she needed “to take a penis”.

An argument ensued and the man is alleged to have taken out a knife and stabbed Noxie three times. “She was strong and fought back,” said Cox. “She hit him with plank.”

Noxie was rushed to hospital by her friends but was unable to be saved by doctors and died soon after.

“Yes, other people are killed over this period,” Cox told Mambaonline, “but what makes this different is the hate behind it and what was said.”

“Noxie was openly lesbian – and she paid for it with her life,” Cox said. She explained that the attack allegedly focused on the woman’s sexual orientation and identity, which was a hallmark of a hate crime.

A suspect has been arrested in connection with the murder.

Noxie’s Facebook page states that she was originally from Barkley East, in the Eastern Cape, and worked as a controller at the Checkers store in Bredasdorp.

Triangle Project will soon announce plans for a memorial for Noxie and will also assist in raising funds to help her parents pay for her funeral.