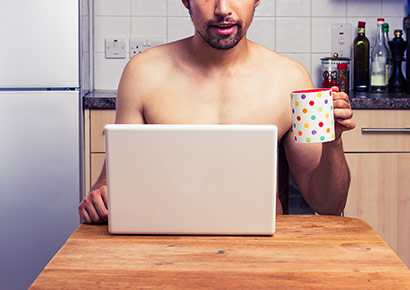 If you’ve surfed the ‘interwebs’ for more than five minutes you’ve encountered the disturbing phenomenon that is the internet troll. Vindictive people that cannot resist posting things they know will hurt or distress others.

Almost any popular YouTube video with an activated comments section will also provide you with a selection of unnecessarily mean commentary.

Many trolls rely on the fact that they can say what they want and not be held accountable because they hide their identities. This is the nature of a troll, a person similar to you and me, but who happens to enjoy hurting others. Trolls come in different shapes and sizes and there is emerging evidence to show that trolling is how sadistic people are now choosing to get their kicks.

Dating apps have their own type of trolls too, and they are no less dangerous than the ones on the web. According to two independent studies conducted on 1200 people in a paper called Trolls just want to have fun, trolling behaviour has been linked to personality disorders such as narcissism, sadism and psychopathy. In other words, trolling is an indication that someone has a problem and may need professional help.

Sadism is the most prevalent trait shared by trolls according to the studies, and PsychNet-UK describes people with a sadistic personality disorder as often being cruel, manipulative and aggressive because they lack concern for people and instead, feel pleasure when they harm or humiliate others.

Some of the feedback I got

I put out a call on social media for guys on dating apps to share some of their trolling experiences with me, and some of the messages I got in my inbox were disturbing. The messages described unsolicited accounts of fat shaming, body and appearance/features shaming, slut-shaming, racism and ageism. There were various forms of personal attacks from trolls who hid behind blank profiles.

Men who have sex with men (MSM) are already more predisposed to depression, low self-esteem and suicidal tendencies than most of society and this kind of attack can be very traumatic and even lethal if the victim is coaxed to end his life (a particularly vicious form of trolling).

If you get trolled on a dating app, it helps to remember that trolls get pleasure from any response. The best way to deal with trolls is to block them. It’s also good to know that trolls are usually bitter and unhappy individuals who are probably having a hard time themselves, which is why they resort to trolling to feel more powerful or get their revenge on the world. This is usually a good indication of how disempowered and insecure trolls feel about themselves.

A happy, kind and successful person is very unlikely to troll you. Oddly, if you are targeted by a troll it’s often because this person envies you or is attracted to you and is trying to hurt you because they assume they would never stand a chance with you. People will usually try to comfort you by saying something like, “Ag, he’s just jealous”, but in this case, it is probably true.

If you yourself have trolled another person anonymously, even if you’ve only done it once, you may need help. Chatting to a therapist or even calling a tollfree line like SADAG (South African Depression and Anxiety Group) on 011 234 4837 can put you in touch with a professional that can help you understand why you have these dangerous and antisocial urges to harm others. Get help because your behaviour may cause long-term damage to someone else.

Let’s face it, being a troll isn’t anything to achieve in life because trolls end up alone, angrily hiding somewhere dark and dingy, like under a bridge.