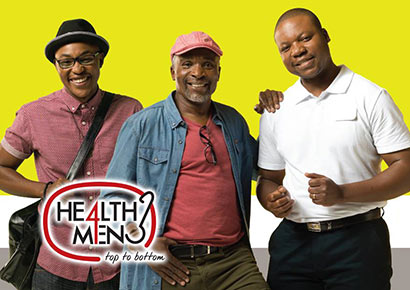 Health4Men, the groundbreaking sexual health programme that targets gay, bisexual and other men who have sex with men (MSM) in South Africa, has been hit by a huge funding cut.

In a statement on Monday, the Anova Health Institute, the organisation behind the programme, said that Health4Men’s funding from USAID will be coming to an end on the 30th of September after its application for a new grant was declined.

USAID (United States Agency for International Development) is an independent agency of the US government that provides foreign aid and development assistance around the world, including in the area of fighting HIV/Aids.

The cut means that Health4Men will no longer be receiving funds for many of its clinical services in Johannesburg and Cape Town, said Anova. However, national Health4Men activities, supported by other funders, will continue.

“The Health4Men programme started with USAID funding in 2008, at a time when there were limited services and little attention to the needs of MSM in South Africa,” commented Prof James McIntyre, CEO of Anova Health Institute. “As a testament to the close collaboration between the programme and the MSM community, it has achieved remarkable results and global influence, which will be the ongoing legacy of the programme.”

Anova expressed concern for its many MSM clients that are utilising its services in Cape Town and Johannesburg, including accessing HIV testing and counselling, and HIV treatment and prevention services, such as PrEP.

Anova said that since Health4Men’s inception around 26,000 MSM have accessed and benefited from Health4Men Centres of Excellence. With support from multiple donors, Health4Men has also sensitised and trained over 16 000 health workers in over 400 clinics nationwide and contributed to setting up similar services in many other countries.

In a statement to Spotlight, the US Embassy said that USAID will continue to fund outreach, empowerment and other services for MSM in South Africa, but details are sketchy. Spokesperson Cynthia Harvey said that, USAID “remains committed to supporting excellent and expanded health services to men who have sex with men (MSM) in South Africa.”

She explained that USAID is conducting a “competitive process to select an implementer for the next phase of activities related to the MSM population in SA,” in the Johannesburg, Cape Town, Buffalo City Metro and Nelson Mandela Bay Metro.

Harvey told Spotlight: “USAID and the successful applicant will work closely with government officials and civil society stakeholders to ensure this smooth transition.”

Anova is now looking at other avenues for funds. “As Health4Men services are embedded within public health clinics in the public sector, we are working closely with the Departments of Health and other stakeholders in these cities. We are also exploring other funding opportunities and service options. Our priority is to ensure continued services for our MSM clients and community.”

Anova added that, despite the Health4Men funding crisis, it “will continue to pioneer sexual health awareness within the MSM community with our successful We The Brave and Yellow Dot Doctor campaigns.”