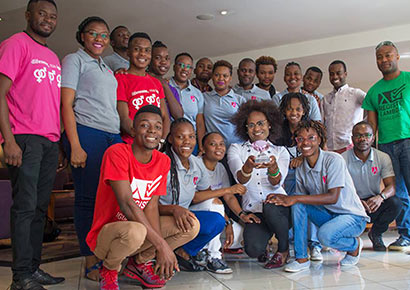 A study conducted by Mozambican LGBT human rights advocacy group, Lambda, looking at the behaviour, practices and attitudes towards homosexuality, has found that many Mozambicans are tolerant of LGBT people.

Of the 1415 respondents, 85% said that violence against homosexuals was unjustifiable and most responded that they would intervene in favor of homosexuals if he/she faced physical assault. Eight hundred of the participants were men while women made up the remaining 625 respondents.

Conducted in 2017, the study interviewed participants from three different cities, namely Beira, Maputo and Nampula. Participants with the most diversified knowledge on homosexuality came from Beira  (95%) followed by Maputo (77%) and lastly Nampula (74%).

While most respondents agreed that homosexuality was a normal social phenomenon, 49% of Maputo citizens said they do not consider homosexuals as having the same rights as heterosexuals. This is a 7% increase from a similar evaluation that was carried out in 2013.  Forty-eight percent of Beira citizens also agreed with the idea that homosexuals are less equal than them, an 8% increase from the 2013 findings.

A total of 59,5% of participants expressed their opposition to the legalisation of same-sex marriage in the country. Of that figure, 6,3% were homosexual men.

Only 33% of heterosexual respondents were in favour of  homosexual people in leadership positions and 70% of  respondents said were against a homosexual becoming the country’s president.

Homosexuality was decriminalised in Mozambique in 2015 when a new penal code came into effect, removing articles in the previous penal code that allowed for “security measures” against people “who habitually engage in vices against nature.”

Last year, Mozambique’s constitutional court struck down an outdated and discriminatory law used to block Lambda, the country’s primary LGBT association, from being registered by the government.