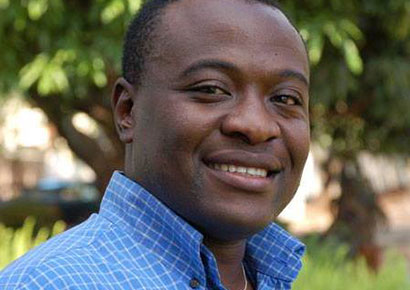 In a move described as an “important shift”, top officials from Zimbabwe’s governing party have met with activists about the rights of LGBTI people.

The meeting came about after GALZ, the country’s leading LGBTI group, reached out to political parties ahead of the upcoming 30 July elections.

Among the questions asked by the organisation were what plans each party has for improving the lives of LGBTI people through local governance, and what each party had done for LGBTI people at a national level.

“We wrote to political parties to help us get real commitments for change and acceptance from those people who want to become our new members of parliament and government,” Chester Samba, Director of GALZ, told Mambaonline.

“We need the new Zimbabwe government to make a commitment to protecting the rights of minorities including LGBTI people. We felt that it’s important that we address discrimination that continues to limit many LGBTI people from living a safe and prosperous life in Zimbabwe.”

Surprisingly, the only party to have reacted so far was Zanu-PF, former President Robert Mugabe’s party, which in the past fervently espoused his deeply homophobic views. “Zanu PF called us to a meeting to discuss the letter,” said Samba. The party’s delegation included war veterans’ secretary general Victor Matemadanda.

“We discussed the general situation for LGBTI people in Zimbabwe and the challenges they faced and basically made recommendations around how the situation could be improved,” said Samba. “The party pledged to take up the issues with their leadership and revert to us with a formal response to the issues that we discussed.”

In the meeting, GALZ also brought up how in previous elections politicians often heightened their attacks against LGBTI people, which Samba described as “scapegoating a largely invisible and unpopular minority, creating moral panic, which at times easily escalated into a witch hunt.”

He added that, “LGBTI issues have been used as a convenient diversionary subject for political leaders facing rampant unemployment, political unrest, and spiraling economic challenges.”

While at this stage there were no commitments from Zanu-PF, Samba said the discussion was “encouraging”.

“As an initial meeting it was great that they responded positively and somewhat surprising as this marked a departure from the previous leadership which did not engage with us,” he explained. “A willingness to engage is indeed an important shift.”

Under Mugabe’s 37 year rule, members of the LGBTI community, including GALZ, were subjected to regular abuse and crackdowns. Mugabe vilified sexual minorities and proclaimed that homosexuality is a Western affliction being imposed on Africa. Among his most infamous comments, he stated that gay people are “worse than pigs and dogs” and that they “don’t have any human rights at all.”

Mugabe’s forced resignation in November last year sparked new hope for the LGBTI community in Zimbabwe. In January, new President, Emmerson Mnangagwa, spoke to CNN’s Richard Quest about same-sex marriage in Zimbabwe. “Those people who want it are the people who should canvass for it, but it’s not my duty to campaign for this,” he said. Activists have pointed out that there is currently no call for marriage equality in Zimbabwe, simply for LGBTI people to be granted their basic human rights.