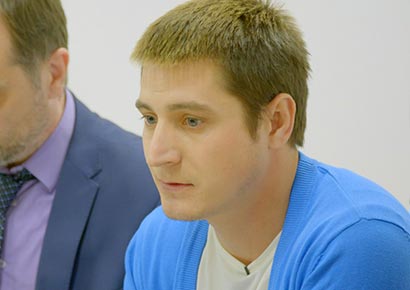 A top Russian newspaper says that another wave of anti-LGBT abuses may be underway in Chechnya, more than a year and a half after they were first reported.

According to Novaya Gazeta, which originally broke the story back in April 2017, the renewed persecution came to light after “public warnings began to spread [for LGBT people] to leave the republic.”

It quoted one individual who posted on the Russian social media site VKontakte: “The capture of LGBT guys and girls again broke out. I ask everyone who is still free to take this message seriously and run away from the republic as soon as possible. I ask you to turn to human rights defenders, the media, friends who can help you.”

Despite confirmation from other sources, including the Russian LGBT Network, Chechnyan spokesperson Ramzan Kadyrov Alvi Karimov denied the claim to RBC, calling it an “untruth and misinformation.”

ILGA Europe commented that the latest report “confirms that the situation in Chechnya, Russia, is one of a prolonged crisis and lawlessness and that persecution of (perceived) LGBT people is ongoing.”

Starting in February 2017, dozens of men “accused” of being gay were rounded up, detained in secret facilities, tortured and in some cases killed in Chechnya.

There have also been claims that the families of some victims were urged by the authorities to murder their LGBT relatives in so called “honour killings”.

In April 2018, it was reported that the Russian LGBT Network had evacuated 114 LGBT Chechens from the region. Maxim Lapunov, one of the few individuals who was brave enough to come forward, is still waiting for action to be taken against his abusers who kidnapped and tortured him.

Chechnya is a semi-antonymous Russian republic ruled by dictator Ramzan Kadyrov and known for its human rights abuses against citizens. Following international outrage, President Putin promised an investigation into the LGBT crackdown but the authorities have still not prosecuted anyone.