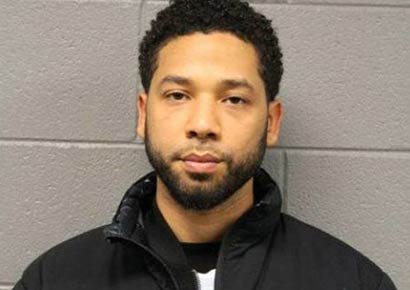 The media circus around the Jussie Smollett case could see the world forgetting that members of the LGBTQ community continue to face very real and devastating hate crimes.

Smollett was on Thursday arrested by the Chicago police for allegedly paying two men to stage an apparently racist and homophobic assault on him late last month.

According to the head of the Chicago Police Department, Superintendent Eddie Johnson, the actor perpetrated the hoax in order to raise his profile so that he could secure an increase in his $100,000-per-episode salary on the show Empire.

A furious Johnson alleged that Smollett first sent himself a threatening letter with racist and homophobic language to the studio behind the series. “When that didn’t work, he paid $3,500 to stage this attack and drag Chicago’s reputation through the mud in the process,” Johnson said at a press conference.

He called the star “despicable” and said that he “took advantage of the pain and anger of racism to promote his career.”

The openly gay Smollett has been playing the groundbreaking role of Jamal Lyon, the gay son of entertainment giant Lucious in Empire, since 2015. He had become an activist and was seen as a role model for young, especially African American, LGBTQ people.

Smollett was released on bail of $100,000 after paying $10,000 in cash. He faces up to three years in prison if found guilty of filing a false police report.

Smollett’s lawyers issued a statement insisting that their client has told the truth. “Mr. Smollett is a young man of impeccable character and integrity who fiercely and solemnly maintains his innocence and feels betrayed by a system that apparently wants to skip due process and proceed directly to sentencing,” they said.

Rights campaigners are deeply concerned that the coverage around Smollett’s case risks erasing the experiences of genuine victims of hate crimes.

“Today’s news about #JussieSmollett is both devastating & frustrating,” tweeted Chad Griffin, President of the Human Rights Campaign (HRC). “But I want to ask everyone feeling angry, hurt & disappointed to channel that into productive activism – because there are thousands targeted by hate violence each year who need our help.”

Melanie Nathan, Executive Director of the US-based African Human Rights Coalition (AHRC), implored the media to use Smollett’s alleged hoax positively. “I am devastated at the thought of how this could detrimentally impact the LGBTQI community. It is my hope that we can avert the harm with productive messaging,” she said in a statement.

“This insidious hoax by Mr. Smollett should not derogate from the fact that LGBTQI individuals experience discrimination, ostracisation, stigma and violence, all concomitants of homophobia, both here in the United States and around the world, especially in the over 70 countries where homosexuality continues to be criminalised,” added Nathan.

The organisations GLAAD and Color Of Change issued a joint statement pointing out that, “FBI stats show that hate crimes are on the rise nationwide and that fact cannot get lost in the discussion around Jussie’s arrest.” They said that, “anyone who is a victim of hate violence should never be hesitant to speak out and share their stories.”

According to statistics released by the FBI in November last year, hate crime in 2017 grew by 17 percent from the previous year. In 2017, 7,175 hate crime incidents were reported, 1,130 of which were based on sexual orientation bias and 119 on gender identity bias.