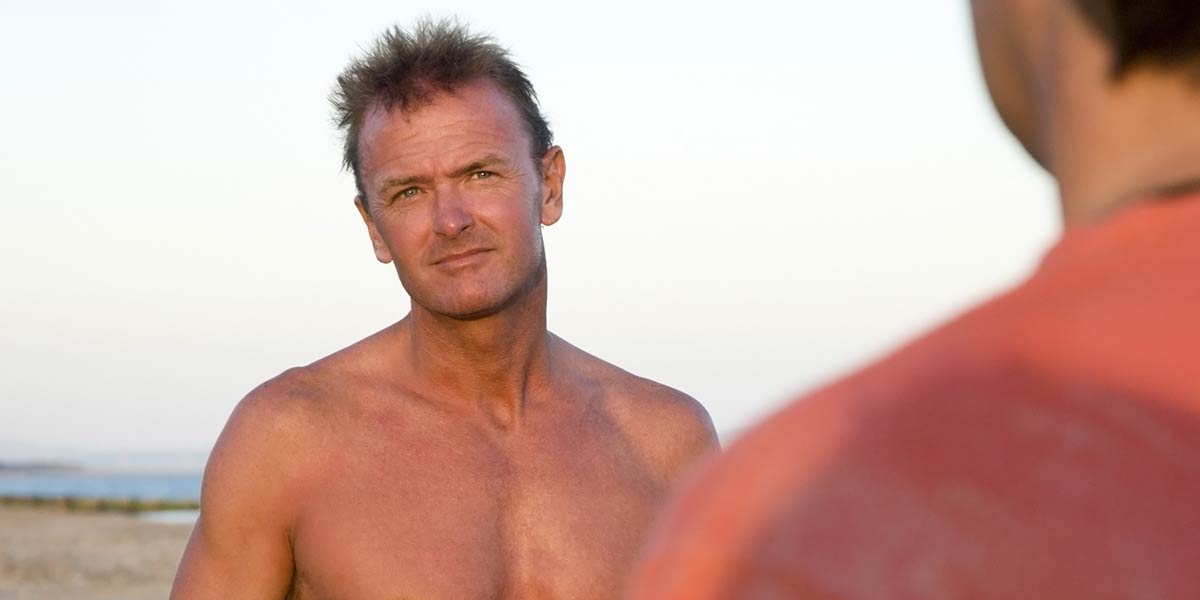 We’ve all been there. You’re wandering the mall, really just minding your own business, when your eye catches theirs. You can’t say exactly why, but you get a vibe. A vibe that is – to be perfectly straightforward – pretty gay. You haven’t spoken to this person, but you just kind of know that they must be queer. Later you find out that you were right, and you hail the accuracy of your trusty ‘gaydar’.

The term “gaydar” – a portmanteau of the words “gay” and “radar” – was first used in the 1980s. It refers to an uncanny ability to identify people who lie somewhere on the LGBTQI+ spectrum. Many studies to ascertain the accuracy of gaydar have been done over the years, with varying results.

In an article for Psychology Today, Dr David Ludden explains that gaydar is a form of social intuition we use to make snap judgements about people we have just met. Using our social intuition to try and gauge who a person is, is something we do just about every time we meet someone new.

Ludden cites a study done by Canadian psychologist Nicholas Rule. When studying social intuitions as they pertain to our thoughts about sexual orientation, Rule found that we base the conclusions we come to on four nonverbal cues.

Adornment: The way someone dresses and does their hair give us a good idea of their sex, social class and ethnicity, and may also give us clues about their sexual orientation. For example, people have the impression that men who are homosexual are more meticulous about their appearance than their heterosexual male counterparts.

Action cues: The mannerisms that are exhibited when people move might give us a sense of their sexual orientation. When something called gender inversion is at play, gay men might tend to sway their hips like straight women, and lesbians might swagger their shoulders like straight men do.

Acoustics: Nonverbal speech cues in the way people talk often give us a sense of their sexual orientation. Journalist David Thorpe – a gay man himself – extensively examined the phenomenon of so-called gay speech patterns in his documentary, Do I Sound Gay?

Appearance: Facial characteristics might provide pointers about sexual orientation. In Rule’s study, people were briefly (sometimes for as little as a tenth of a second) shown pictures of faces and asked to assess sexual orientation. Researchers found that the accuracy of people’s assessments went down when they were allowed to look at the faces for a longer time.

The key element here is that all the test subjects in Rule’s study were making guestimates based on what they already knew (or thought they knew) about stereotypical homosexual behaviour.

Of course, to believe that all well-dressed men are gay is ludicrous, just as much as it is to accept that all women who walk with a certain swagger are lesbians. Speech patterns aren’t always an accurate indicator of sexual orientation, and a quick glance at someone’s face can’t possibly reveal intimate details about their life.

Another study, led by William Cox at the University of Wisconsin, tried a different approach. Test subjects were sorted into three groups: one was told that scientific research supported the existence of gaydar, another was told that gaydar is just another term for stereotyping, and the control group wasn’t told anything about gaydar.

In yet another study, Cox and his team pointed out that previous studies about gaydar were fundamentally mathematically flawed. Participants in these studies were presented with pictures, videos and sound clips of actual people who were evenly split into a gay group and a straight group. Cox points out that, despite an accuracy rate of about 60%, the basic premise of studies like these lies in the even split between a gay group and a straight group. In the real world, 3% to 8% of people identify as lesbian, gay or bisexual. Says Cox:

“If people have 60 percent accuracy in identifying who is straight, it means that 40 percent of the time, straight people are incorrectly categorized. In a world where 95 percent of people are straight, 60 percent accuracy means that for every 100 people, there will be 38 straight people incorrectly assumed to be gay, but only three gay people correctly categorized.”

What does all of this say about your ability to identify your brothers and sisters of the rainbow in shopping malls? Conflicting studies all provide grains of insight into the phenomenon of gaydar. Yes, it certainly is a snap judgement based on stereotypes. And, just like clichés, stereotypes are the result of overuse, oversimplification and overgeneralisation, often because of the media’s portrayal of a particular group of people. Even so, gay hairstyles, particular styles and ways of talking do exist in the gay community.

Does gaydar actually exist at all, though? There isn’t currently consensus in the scientific community – and the addition of AI to studies has only made it more confusing. Will that stop us from assuming a person’s sexual orientation based on the way they look and act? Probably not. Perhaps the middle ground is to trust your gut when first meeting someone, but to clarify your assumptions as soon as you can.

Anyone who’s gaydar has ever been a little off would agree.