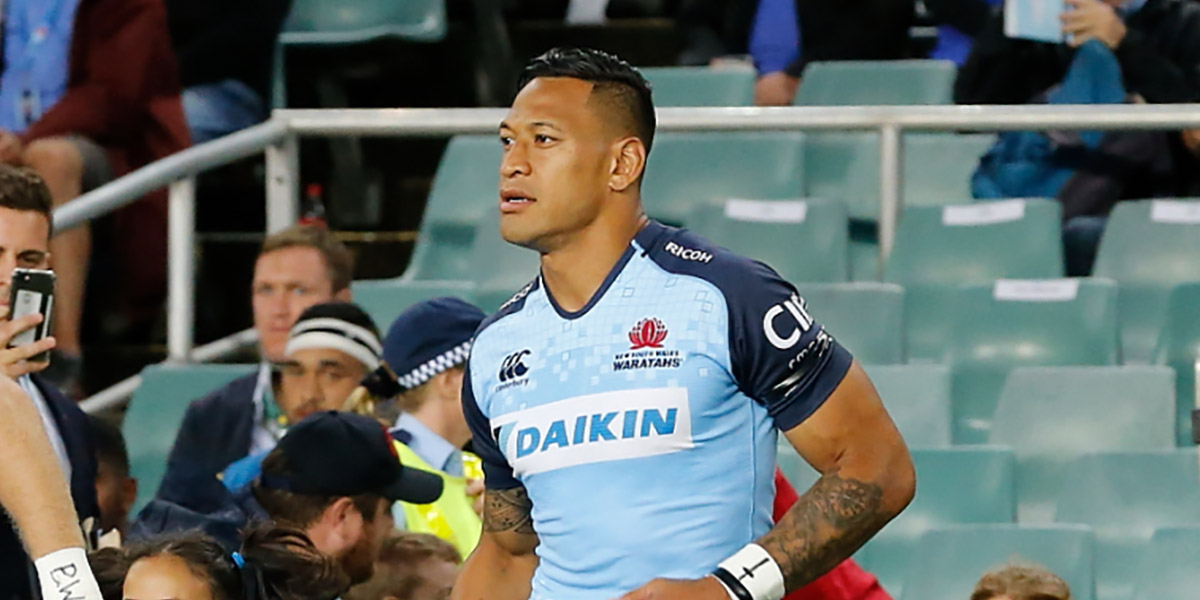 Rugby Australia has confirmed that Wallabies star Israel Folau has been sacked for posting and sharing homophobic comments on social media.

On Friday, a three-member panel announced the decision to terminate the Wallabies and Waratahs’ star’s contract for his “high-level breach of the Professional Players’ Code of Conduct.”

Last month, Folau, 30, shared an image on Instagram declaring that “Hell awaits” gay people, sparking international outrage. On Twitter, he also called on Australians to “repent and turn away from your evil ways” over the introduction of gender optional birth certificates in the state of Tasmania.

Folau, who was warned in 2018 about a previous homophobic post, has refused to apologise or retract the comments or posts.

“Rugby Australia did not choose to be in this situation,” said Rugby Australia Chief Executive, Raelene Castle, “but Rugby Australia’s position remains that Israel, through his actions, left us with no choice but to pursue this course of action.”

In a statement, Folau said he was “deeply saddened” by the decision to terminate his contract and that he is considering his options.

“As Australians, we are born with certain rights, including the right to freedom of religion and the right to freedom of expression,” said the sportsman. “The Christian faith has always been a part of my life and I believe it is my duty as a Christian to share God’s word. Upholding my religious beliefs should not prevent my ability to work or play for my club and country.”

Castle, however, insisted that while Rugby Australia supports players’ right to their own beliefs they also need to respect inclusiveness and differences.

“When we say Rugby is a game for all, we mean it. People need to feel safe and welcomed in our game regardless of their gender, race, background, religion, or sexuality,” Castle said.

She added: “When players sign a contract with the Wallabies, they sign up to the values of the team and the sport.”

Folau has the option to appeal the panel’s decision within 72 hours. He could also take the matter to the courts.