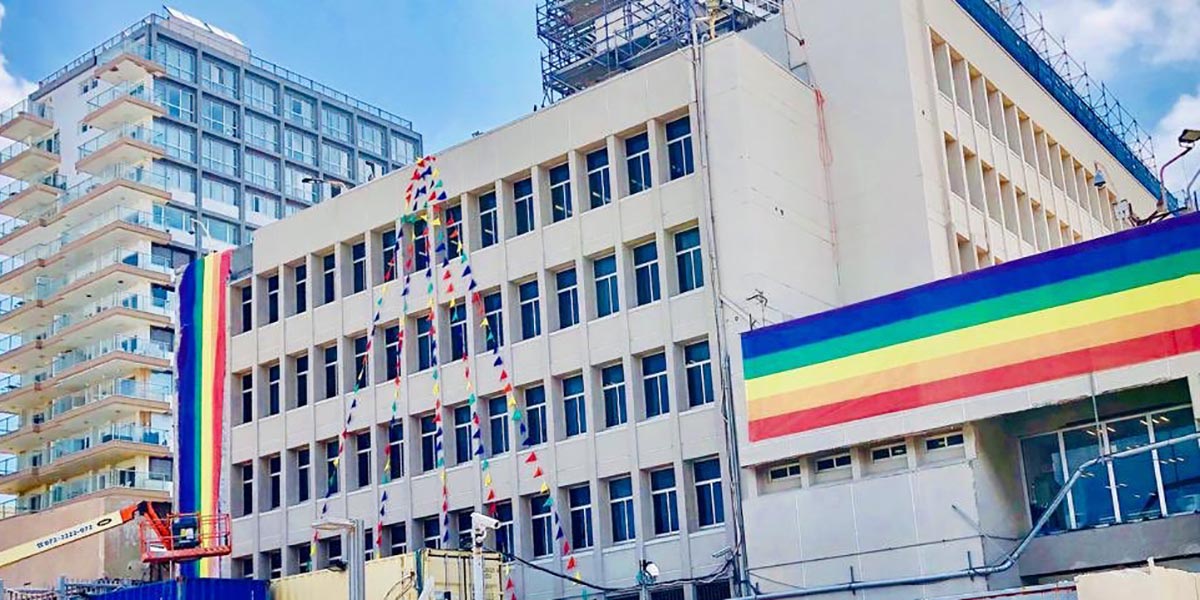 The US Embassy Branch Office in Tel Aviv on Thursday (Pic: Twitter)

A number of American embassies have found ways to work around a ban by the Trump administration on flying the rainbow flag to celebrate international Pride Month.

It was earlier reported that the American embassies in Israel, Germany, Brazil and Latvia had been blocked from showing their support for the LGBTQ community during the month of June by flying the rainbow flag alongside the American flag.

Vice President Mike Pence, an evangelical Christian, defended the stance in an interview with NBC News, insisting that “it’s the right decision.”

He said that while “we’re proud to be able to serve every American… when it comes to the American flagpole, and American embassies, and capitals around the world, one American flag flies.”

The policy has been seen as another example of the American administration’s inconsistent and conservative approach to LGBTIQ issues, a far cry from that of former President Obama’s government.

Pence added that there are no restrictions on rainbow flags being placed elsewhere at the government building.

And that’s exactly what some embassies have done. The US embassy in Israel posted a photo on Twitter of the Tel Aviv branch draped in a variety of rainbow flags, making a bold statement. It further announced that staff had participated in the Tel Aviv Pride Parade on Friday “to show support for equality and #LGBTI rights.”

The BBC also reported that the US missions in Seoul, South Korea and Chennai, India hung large rainbow flags on the outside of their buildings. The US embassy in Ulaanbaatar, in Mongolia, chose to place a rainbow flag on its fence and the embassy in Delhi, India, was covered in rainbow-coloured lights.

President Trump tweeted his support for Pride Month at the end of May, acknowledging the “outstanding contributions LGBT people have made to our great Nation.”

The statement has been greeted with scepticism. Since his election, Trump’s administration has sought to revoke protections for LGBTQ people in America. This has included banning transgender personnel in the military and giving its support for LGBTQ discrimination in schools, employment, healthcare and other services, on the basis of “religious freedom”.