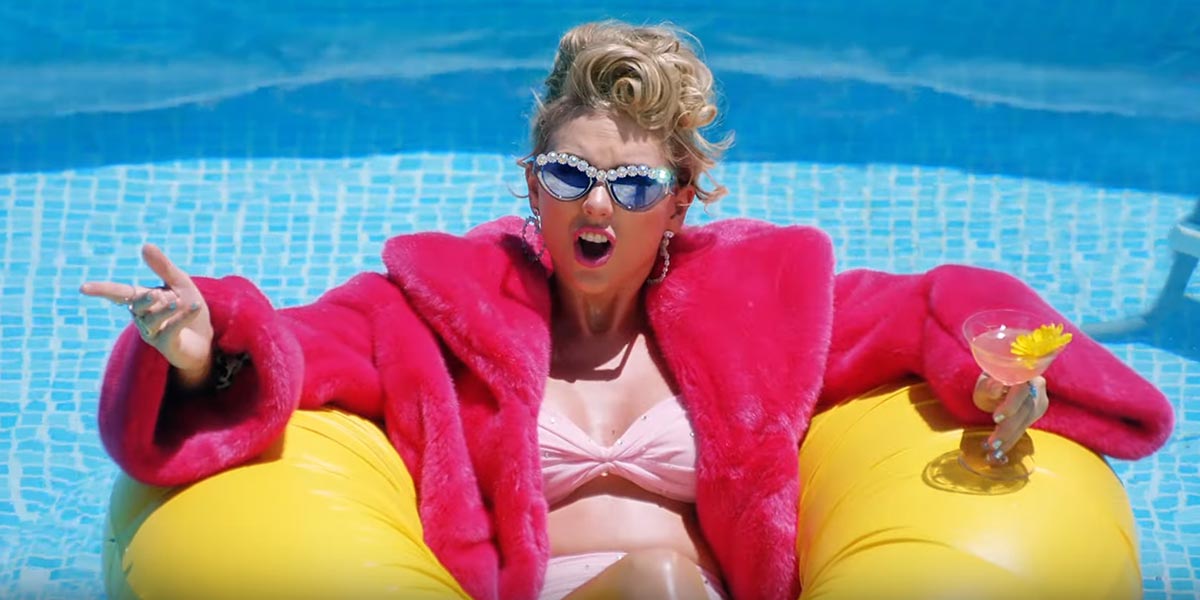 The Twitter outrage machine has now targeted Taylor Swift for backing LGBTQ equality as an ally during Pride Month, accusing her of “queer-baiting.”

Swift recently released her new track and video for You Need to Calm Down which, ironically, is a poppy dig against bigots and online bullies.

“Sunshine on the street at the parade, But you would rather be in the dark ages, Makin’ that sign must’ve taken all night,” she sings.

Swift continues, “You just need to take several seats and then try to restore the peace, And control your urges to scream about all the people you hate, ‘Cause shade never made anybody less gay…”

She also includes a shout out in the lyrics to GLAAD, the LGBTQ media lobby group to which she made a donation.

The video, in particular, makes its point in defence of LGBTQ Pride and equality with its rainbow colours, jibes against homophobes and inclusion of a host of queer celebrities such as Ellen Degeneres, Laverne Cox, Adam Lambert and RuPaul.

The clip concludes with a call to sign a petition – started by Swift – urging American lawmakers to pass the Equality Act, which aims to protect LGBTQ rights across the US.

The statement reads: “Let’s show our pride by demanding that, on a national level, our laws truly treat all of our citizens equally.”

The petition has already received more than 300,000 signatures but this isn’t enough to convince some that the singer is a ‘genuine’ ally. Critics have taken to Twitter to argue that her stance is simply a cynical ploy to sell more music.

“Taylor Swift’s ‘You Need to Calm Down’ is a bit pandering,” tweeted @Gracelinroses. “Although I appreciate her financial support to the #LGBTQ community, and the support of the #EqualityAct, she is not a part of the community and is selling her product for her financial gain.”

Writing for Slate, Christina Cauterruci slammed Swift’s track as “a cringeworthy attempt to write another ‘Born This Way.’ She added: “Straight people will interpret it as supportive and affirming, but for many queer people celebrating Pride Month, it feels hopelessly, insultingly out of place.”

We disagree; people really do need to calm down. Call us naive but we applaud Swift – one of the world’s biggest selling artists – for using her pop platform to take a stand for queer people. Watch the video below and make up your own mind.

🌈HAPPY PRIDE MONTH!!!🌈 While we have so much to celebrate, we also have a great distance to go before everyone in this country is truly treated equally. In excellent recent news, the House has passed the Equality Act, which would protect LGBTQ people from discrimination in their places of work, homes, schools, and other public accommodations. The next step is that the bill will go before the Senate. I’ve decided to kick off Pride Month by writing a letter to one of my senators to explain how strongly I feel that the Equality Act should be passed. I urge you to write to your senators too. I’ll be looking for your letters by searching the hashtag #lettertomysenator. While there’s no information yet as to when the Equality Act will go before the Senate for a vote, we do know this: Politicians need votes to stay in office. Votes come from the people. Pressure from massive amounts of people is a major way to push politicians towards positive change. That’s why I’ve created a petition at change.org to urge the Senate to support the Equality Act. Our country’s lack of protection for its own citizens ensures that LGBTQ people must live in fear that their lives could be turned upside down by an employer or landlord who is homophobic or transphobic. The fact that, legally, some people are completely at the mercy of the hatred and bigotry of others is disgusting and unacceptable. Let’s show our pride by demanding that, on a national level, our laws truly treat all of our citizens equally. 🌈🌈🌈🌈🌈🌈🌈🌈🌈🌈🌈🌈🌈 Click the link in my bio to sign the petition for Senate support of the Equality Act.