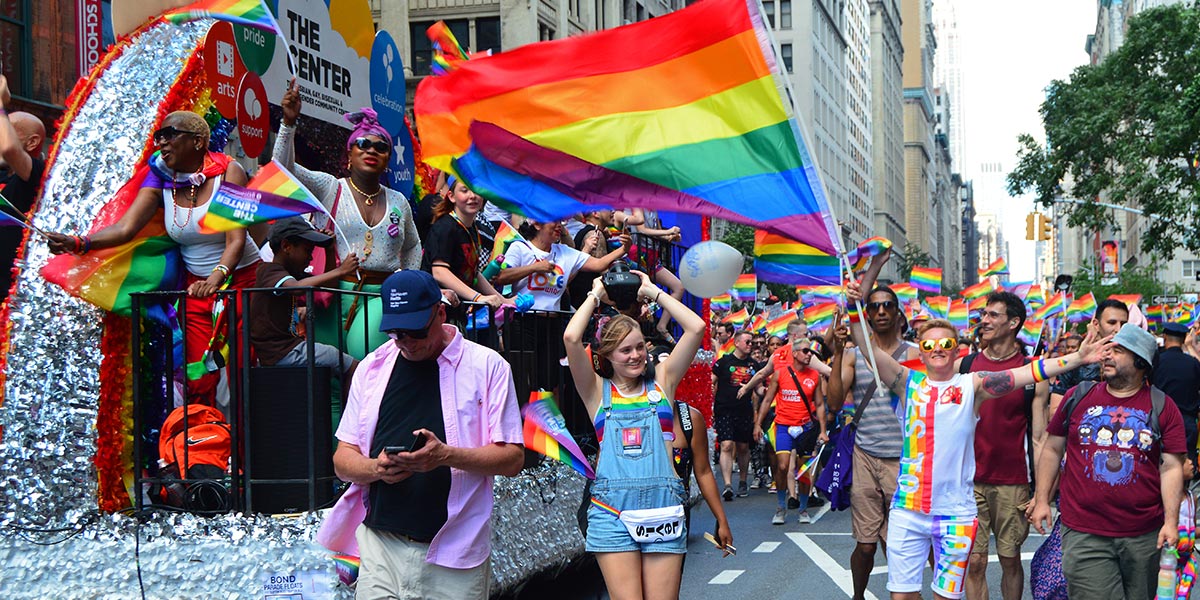 New York City, the home of LGBTQ Pride, marked the 50th anniversary of the Stonewall Riots with the massive WorldPride parade on Sunday.

Dubbed the largest LGBTQ celebration in the world, around 150,000 people participated in the march itself, while an estimated 3 million people visited the city to be part of the historic event.

The procession, which included more than 150 groups from around the world, including at least one from South Africa, went past the famous Stonewall Inn.

The bar was the site of the 28 June 1969 uprising, which saw patrons fight back against police after years of homophobic raids. The rebellion ignited days of scuffles and protests in the streets and led to the first-ever Pride marches.

Cobus Benade, one of the South Africans who travelled to New York City for WorldPride, said that “it was the most amazing experience of my life.”

“I got to be part of the Stonewall 50 celebrations. I got to see and feel the energy of our community 50 years after the gay rights movement was sparked. A few people said to me that they shed a few tears along the way. At the same time to see so many people from all over the world was so humbling,” he told MambaOnline.

“It was also a glimpse of where I hope we as South Africa can go,” Benade added. “The level of corporate involvement is insane here. There were groups for dozens of major companies. All their LGBTQ+ staff marched on behalf of the company.”

Actors from the show Pose served as the grand marshals of the parade, while late transgender activists Marsha P. Johnson and Sylvia Rivera were honoured for their role in the Stonewall Riots. Celebrities such as fashion designer Donatella Versace and talk show host Wendy Williams took part in the procession, as did a number of LGBTQ supportive politicians.

New York Governor Andrew Cuomo signed a bill during the march that bans ‘gay and trans panic’ defences in murder cases. The new law means that those accused of attacking LGBTQ people can no longer justify their violence by arguing in court that it was sparked by a fear of the other person’s sexuality or gender identity.

“This defence strategy isn’t just offensive – it also sends a dangerous message that violence toward LGBTQ people is somehow Okay,” said Cuomo. “It’s not, and today we’re sending this noxious legal tool to the dustbin of history where it belongs.” 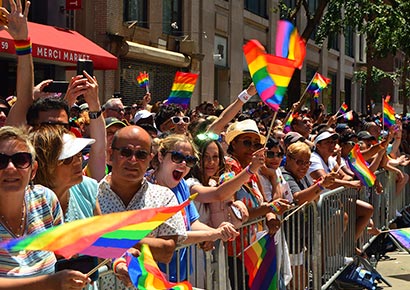 The festivities concluded with a massive concert attended by thousands at Pier 97 in Manhattan, which featured a performance by Madonna.

A number of other LGBTQ Pride events were also held around the world over the weekend, including in cities such as Paris and Durban.